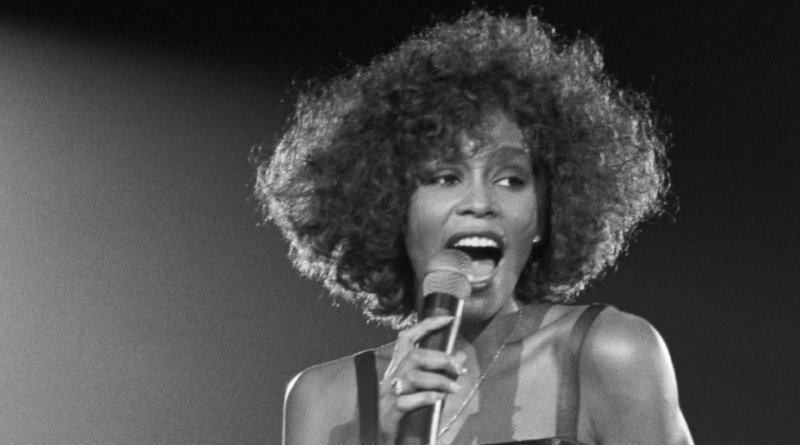 Unparalleled access to footage from Whitney Houston’s 1999 World Tour and contemporary interviews with those who were closest to her gives this documentary extraordinary insight into the pressures that pushed the singer to a tragic early death five years ago.

There’s an uneasy feeling that contributors to the film are too eager to attribute blame, firmly asserting various theories about what was good and bad for her. Those such as the ‘real’ bodyguard, David Roberts and long-time personal hairdresser Ellin LaVar seem more sincere in their concerns though. They point the finger at those they feel were damaging her in an effort to protect her. Others however seem to have an axe to grind and their relish at spilling the beans is disconcerting. This is revealing for the filmmakers in its own way as the audience can interpret what is said for themselves. However, these interviews are largely used to artificially direct the narrative towards the major topics such as drugs or Bobby Brown in order to neatly investigate a wide range of factors leading to her death. The odd thing is that the interviewing is cut out 99% of the time so that it isn’t clear how these conclusions are being reached and the answers are more easily used to mould a shocking picture. That may have been the case, but we are deprived the chance to decide. The result is an uneasy fervour.

Looking at it the other way, the blame-game is like witness testimony where the film doesn’t shy away from her death, it’s largely a witch-hunt not a celebration of her life; a brave choice to be applauded perhaps, if not as a real-time reaction. Although of course, footage of her hard work, talent, candour and how others talk about her ‘good’ side do champion her as a person. In very public archive interviews Whitney labels herself as her most destructive influence.

Houston’s own words from the archives obviously have added weight. Even though she was clearly a little insecure and hid her weaknesses well it still feels like she is the most authentic source onscreen – the talkshow interviewer’s questions are also always included for added context, unlike the rest of the film. Her own expressions about fame and facade ring clear when compared to her backing musicians conjecturing about what happens when you become rich.

The sweetest moments are also from the archives. Whether it is ’Nippy’ singing in church as a girl, her coming off the stage greeted by husband Bobby, wearing a Cat in the Hat onesie eating pizza and chicken wings or bringing her young daughter onto stage, some of these will be worth it to Whitney fans on their own, but they are rather manipulatively used to contrast some terrible moments around them.

Apparently she used to say ‘can I be me?’ due to the number of controlling figures in her life. According to this film it was primarily in reference to her ‘not black enough’ music, but after watching this you just wish it was possible for her to forge the career she did, but without the heavy baggage and enablers she had to carry in all aspects of her short life. It’s a troubling documentary.