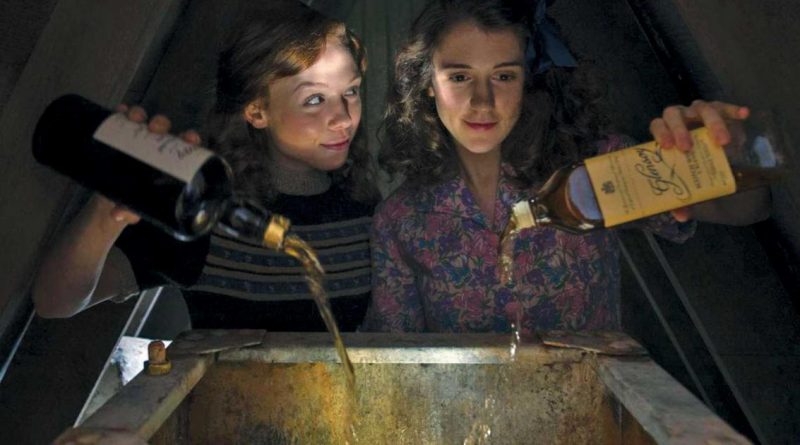 As you may have guessed from the title, this is a remake of the Ealing Films classic made in 1949 by Alexander Mackendrick, based on Compton MacKenzie’s novel of the same name.

For those who don’t know the story, which is based on a true life event, it concerns a remote Scottish island during World War II which has ran out of that Scottish staple  whisky due to wartime shortages.  So when a freighter bound for New York with a cargo of best whisky on board goes aground near the island, the islanders race to rescue the precious cargo before the ship sinks and the Home Guard in the person of English Captain Wagget (Izzard) and the local customs officer (Kevin Mains) race to stop them.  The story is narrated by the island’s postmaster Macroon (Gregor Fisher), whose two daughters, Peggy and Catriona (Naomi Battrick and Ellie Kendrick), when they’re not listening in to the island telephone switchboard they operate and getting all the gossip, are romantically involved with Sergeant Odd (Sean Biggerstaff), who has returned from the war to help out with island security, and the local schoolteacher George (Kevin Guthrie), who is dominated by his fierce mother.

Gilles McKinnon is a good director, so he makes the most of the beautiful landscape and the film looks really good in colour as opposed to the black and white of Mackendrick’s movie.  The period detail is accurate and McKinnon has gathered a good cast made up of some familiar faces and some less well known, though at times he goes a bit “Ken Loach” with the authenticity of the Scottish accents.

Izzard works hard to bring some “Dad’s Army” type comedy to his role but it doesn’t really work.   We could have done with more of James Cosmo’s impressive screen presence as the island’s minister, who forbids work on Sunday – and that includes rescuing the precious whisky, even though he’s not averse to a drop or two himself, while the late Tim Piggot –Smith and Fenella Woolgar are somewhat wasted in tiny cameo roles.

Mercifully the film doesn’t attempt a “same script, shot by shot” clone, like Gus van Sant did in 1998 with Psycho but the question still remains, why make it again?  Peter McDougal’s script offers no original viewpoint and throws no fresh light on the story, so it ends up as merely a faithful and rather plodding  remake of a period piece with a couple of additional elements, which fail to bring any new life to it.  I think for example the sub plot concerning secret papers about the Duke and Duchess of Windsor might be a McDougal addition, but it doesn’t really add anything.

It all comes over as being a bit like a whiskery old play being revived in an old style provincial repertory company.  And for a comedy it’s just not very funny.  You’d probably do better to dig out the original film on DVD or even go back to the original Compton McKenzie novel. 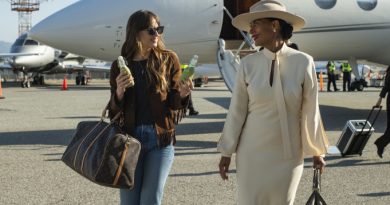