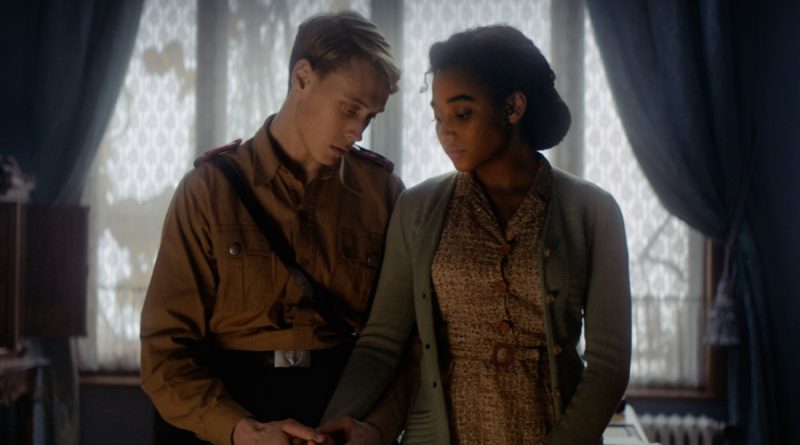 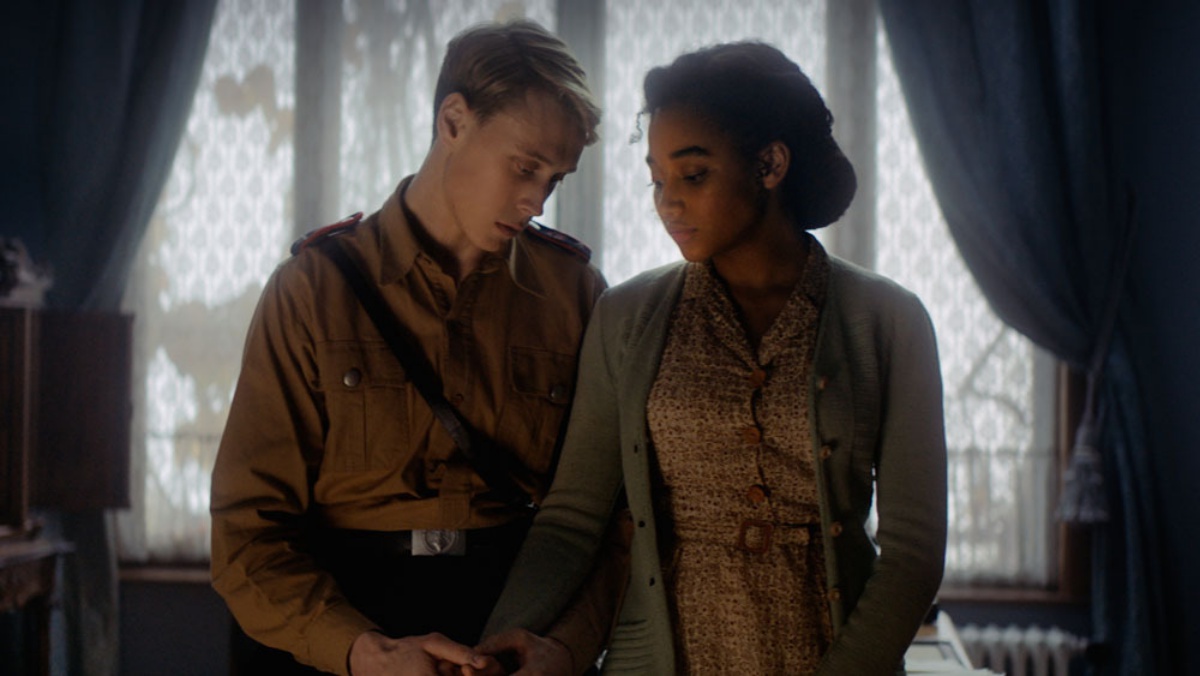 Film maker Amma Asante has made a bit of a speciality out of finding little known facts about black history and turning them into films.   Belle was the story of the daughter of a slave women and a British officer, who was brought up by her father’s family as a member of the British aristocracy in the 18th Century, while A United Kingdom deals with the marriage of the king of Bechuanaland to the white woman he meets when studying law in London.   Both were strong and engrossing stories based on real life historical figures.

Asante’s new film Where Hands Touch also deals with little known historical material – the situation of black citizens in Hitler’s Germany.  But this time she has created her own fictional tale and characters, albeit inspired by fact.

Mixed race teenager Lenya (Amandla Stenberg) lives with her white German mother Kerstin (Abbie Cornish) and her younger (white) brother Koen (Tom Sweet).   Her father, long gone, was one of the black soldiers from the French colonies sent to occupy the Rhineland area after World War I.  Because her parents never married, Lenya has German citizenship through her mother.  The “Rhineland bastards” as such children were known, presented a challenge to the Nazi ideal of Aryan purity and along with gypsies and disabled people, were threatened with sterilisation.

To protect her daughter Kerstin moves her family to Berlin, in the hope that in the big city Lenya will less conspicuous to the authorities.  But as the Nazi power increases, Koen is mandatorily recruited into the Hitler Youth and despite her German citizenship the danger of Leyla being forcibly sterilised and incarcerated increases. Her situation becomes even more dangerous when she meets and falls in love with Lutz (George McKay), the son of an army officer Heinz (Christopher Eccleston), who fought in the previous war and is determined not to see his son killed in the next one that he can see on the horizon.

Asante has done her research thoroughly and this little known slant on Nazi society that she reveals through Lenya and Kerstin’s eyes is both fascinating and chilling. She has also drawn first class performances from Stenberg, who totally involves us in the danger of her situation and Cornish, who is superb as the pale, steely eyed mother fiercely protecting her child like an Aryan lioness.

The first two thirds of the film are totally engrossing and frequently moving, as we follow Leyla’s dangerous journey.  In the final act though, which is set in a the well documented area of the concentration camp, Asante has let her story telling imagination go a bit off course.  While still convincing in its cruel detail, is made less so by the reintroduction of Lutz and Heinz into the story, in a way which stretches credibility to the limit.

The film is though well worth seeing for enlightening us about another little known area of black history and experience. 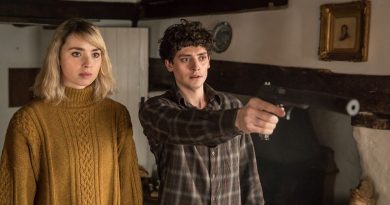 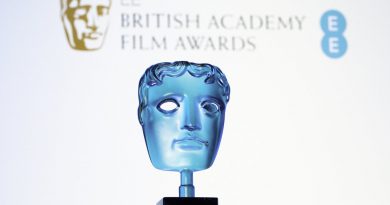