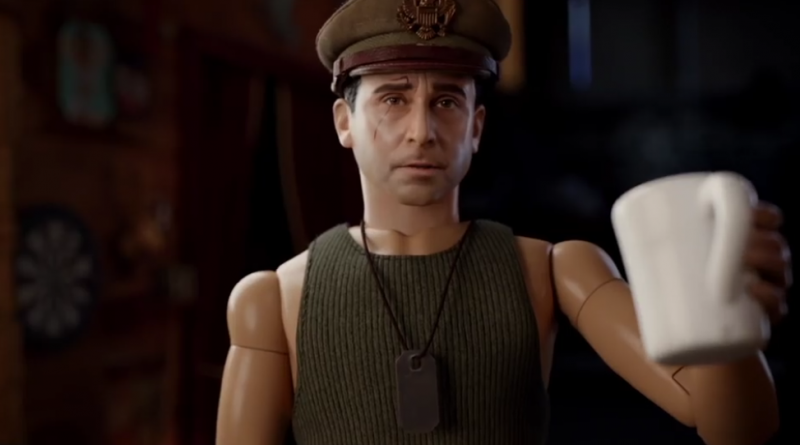 This film is based on the real life story of artist Mark Hogancamp, played by Steve Carell.

Mark’s life is forever changed when he is viciously attacked by drunken thugs outside a bar, after unwisely admitting he has a fondness for wearing women’s shoes.  The attack not only wipes his mind of all his memories but also leaves him unable to draw any more.  In response to his condition he attempts to rebuild his life and personality by retreating into a fantasy world of his own creation – Marwen, a Belgian town in the Second World War, where Hogie, as he calls himself, is a heroic fighter pilot battling against the Nazis with the help of a back up team of comic book/Barbie doll type women.

He builds this world in his home with actual dolls and miniature sets and photographs it, while animating and living out his heroic alter ego’s adventures in his head.  And this is where we first meet him in an air battle sequence, in which Mark is seen as a handsome, action capture version of himself.

Director Robert Zemeckis has been working with the action capture process for several years(Beowulf and Polar Express) and his use of the technique here is impressive.

In contrast to his heroic avatar, Mark in real life is a dysfunctional man, dependent on pain killers and unable to connect to the various women in his life, on whom his dolls are based.  They include his carer (Gwendoline Christie) and the woman in the store where he buys his dolls (Merritt Wever). Another of his dolls is the enigmatic and manipulative Deja Thoris (Diane Kruger), a character created purely from his imagination and who embodies his fear of women.

When Mark meets his sympathetic new neighbour Nicol (Leslie Mann), who is being stalked by her controlling ex boyfriend Kurt (Neil Jackson), Mark falls for her big time.  But he can only connect with her in his fantasy world, where she becomes the favoured member of his Barbie troop and his romantic partner, while Kurt is cast as his arch enemy, SS Officer Major Meyer.

Carell has shown himself in the last few years as a good dramatic actor as well as a comic one and he is touching as the real life Mark struggling to rebuild his life, while having great fun as his fantasy counterpart.

As a dramatic way of depicting a disordered mind the film makes its point well, as we gradually learn more about the character through flashback.  The sequences of the actual attack on Mark are particularly disturbing and upsetting.  There is though something disquieting about the character in terms of the blatant sexism and objectification of the women in Mark’s life, which despite Carell’s performance, leaves him ultimately distant and unsympathetic.   And even the animated sequences, while interesting and skilful in their technique, for the same reason have an alienating coldness about them, which often fails to engage. 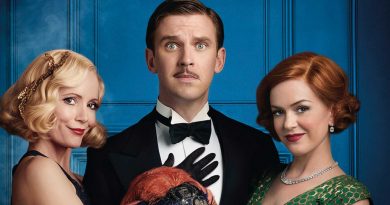 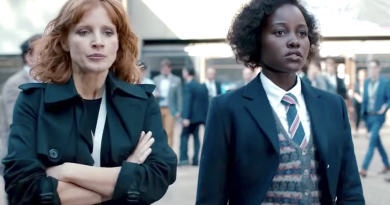