Veteran director Ken Loach, who this month celebrates his 80th birthday, was for some a surprise winner for the second time in his career of the Palme d’Or for best picture at this year’s Cannes Film Festival with his latest film “I, Daniel Blake”.  It tells the story of an older man struggling to survive in the austerity climate of today’s Britain and was described by the judges as being about characters, who “find themselves in no-man’s land, caught on the barbed wire of welfare bureaucracy as played out against the rhetoric of ‘striver and skiver’ in modern-day Britain”.

While we await the release of this new film, Louise Osmond’s documentary gives us a comprehensive and entertaining review of the director’s work.   Loach actually announced his retirement two years ago but when the Conservative government was returned to power, he was moved to come back into the movie arena with long time screenwriting collaborator Paul Laverty’s story dramatizing the human cost of austerity policies.

Although we see Loach in the early sequences making wry jokes about fearing he might miss a trick or two on the set at his age, he still appears to have a firm grip on his craft, as we see him searching out locations and directing his actors and crew on this latest movie.   And do not be misled by Loach’s courteous and gentle manner.   This most left-wing of directors, described by Tony Garnett, who produced Loach’s ground breaking tv drama “Cathy Come Home” half a century ago, as “the most subversive director this country has ever had”, has stayed determinedly true to his political principles and struggle for social justice.  And as actor Gabriel Byrne puts it, “I wouldn’t like to cross him.”

In her coverage of Loach’s life and work Osmond’s well-crafted film darts about a bit chronologically, intercutting comments from Loach and his many collaborators and admirers with illuminating archive photographs of the man as a schoolboy and as a young actor – he once understudied Kenneth Williams in a West End revue – and with clips from his many films.  The scene from “Cathy Come Home” where Cathy’s children are forcibly taken away from her can still move one to tears, even in isolation.  The boy Billy with his kestrel “Kes” still charms.  Ricky Tomlinson, caught unawares in the bath by a group of startled Moslem lady house hunters, is still hilarious. There is a lot in Osmond’s film which is virtually a master class for young film makers.  Other memorable moments include Loach heartbreakingly restrained as he recounts a personal tragedy in his life and deeply embarrassed as he recalls the only way he could make a living in his “wilderness years”, when no-one would fund his films, which was by making tv commercials, including one for Macdonald’s.

It wasn’t easy to get this latest one made either, as his producer Rebecca O’Brien tells us.  One funder rejected it for lack of commercial potential, another for being “politically difficult”.  Yet over the years Loach has brought to the screen well over fifty stories – feature films, tv plays and documentaries.   Maybe he hasn’t yet changed the world – though “Cathy Come Home” in particular had a dramatic effect on public awareness of homelessness – but he’s certainly made us think about it.

True to what we might term the Loachian spirit, on Sunday 5 June you can see the film on a “pay what you can” basis. For details see http://www.versusfilm.com/paywhatyoucan. 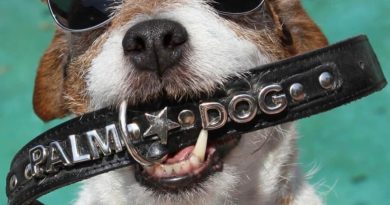