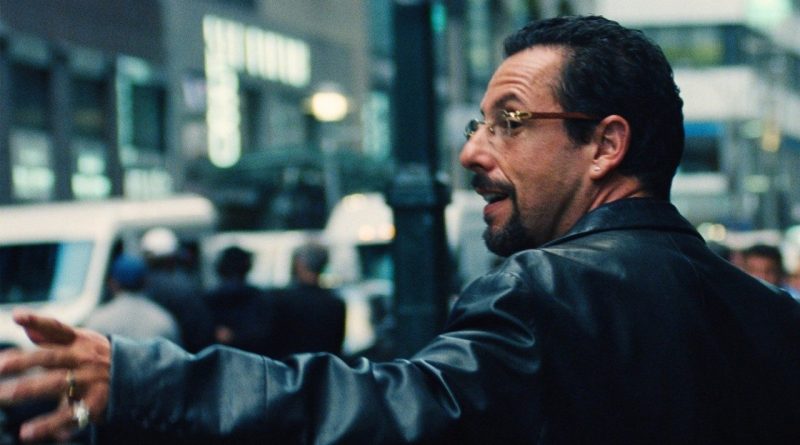 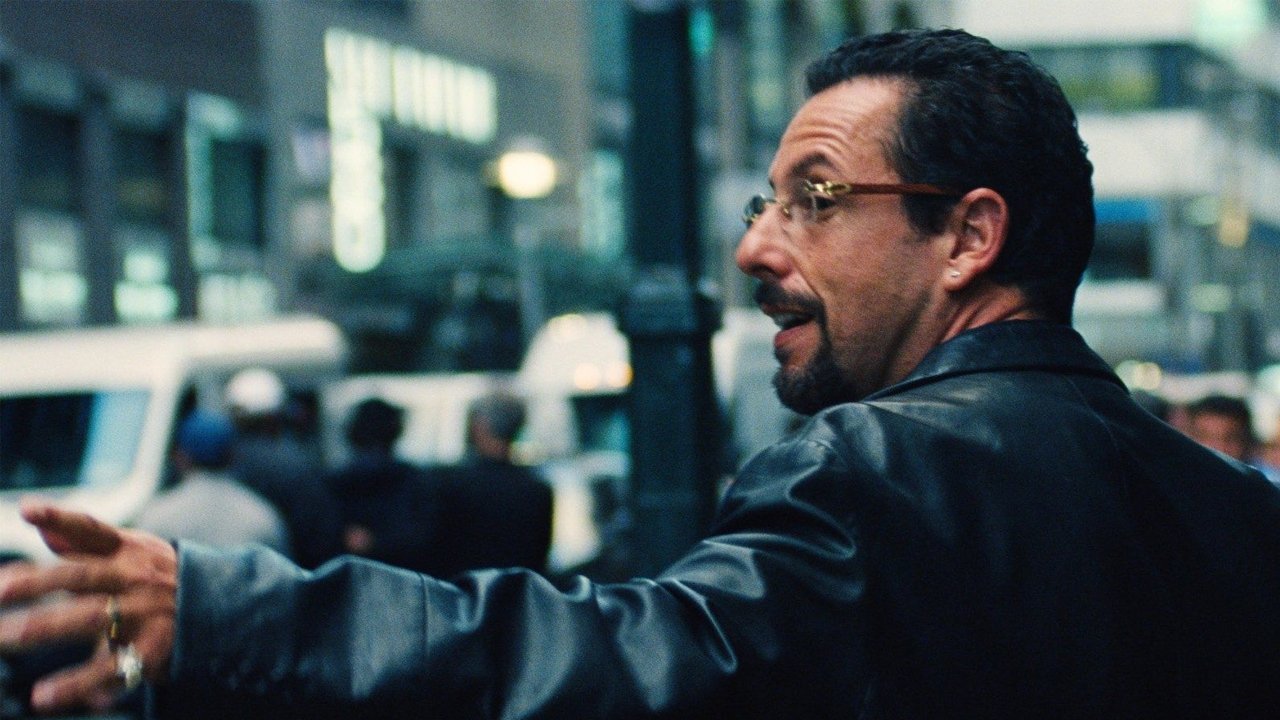 Howard is Jewish, but a long way from the wry, insecure and self-deprecating characters of Woody Allen.  He is bursting with wired confidence, frantic phony charm and bullshit.  His marriage to Dinah (Idina Menzel) and his relationship with his girlfriend Julia (Julia Fox) are both in a mess, while his gambling habit and the dodgy borrowing he does to fund it is totally out of control.  It wears you out just to look at him.

The problem with Howard for me though is I just can’t stand him.  I dislike him so much and find him so irritating that I can’t engage with him and his story, which reveals his chaotic lifestyle largely through his attempts to make a huge profit from an illegally imported black opal from Ethiopia.

His most interested potential customer is real life basketball star Kevin Garnett playing himself, who is probably a big draw in the US but doesn’t mean much to us in the UK.  Meanwhile though Howard’s also setting up a fraudulent auction deal on the opal, dodging and from time to time getting beaten up by the various mob members to whom he owes money and making futile efforts to sort things out with the women in his life.

The man never stops moving. He never stops talking.  In fact his life is so frantic and noisy you are in danger of losing track of what is going on – and indeed of not caring.

However the film, its leading actor and its writer/directors, brothers Josh and Benny Safdie, have been highly praised in the US and it looks set for critical success in the UK.  I however beg to differ.  Like chlorinated chicken this is one indigestible US product we can do without. 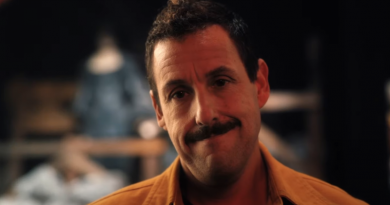 “Hubie Halloween” is the latest in a long line of Adam Sandler comedies to premiere on Netflix.