This is a filmed version of the stage play. In many ways this gives you the best of both worlds. Unlike other filmed performances where you see what an audience would see from the front, this new adaptation of the Anton Chekhov masterpiece by Conor McPherson, has the audience entering the set.

We have close-ups of the actors and it is like being in the midst of the action. Using all the same actors – except for Roger Allam now playing Professor Serebryakov – as originally onstage at the Harold Pinter Theatre, this version has been filmed in the same empty theatre.

The 1899 play is set at the end of the nineteenth century on a decaying country estate in Russia (a good set by Rae Smith, who also designed the costumes). The estate is looked after by Sonya (a terrific performance by Aimee Lou Wood) and her Uncle Vanya (the always magnificent Toby Jones) for Sonya’s father, the Professor. Neither are very happy as she is in love with the local doctor, Astrov (Richard Armitage) who only fees friendship for her.

Life changes, however, when the Professor (Roger Allam), Sonya’s father, returns with his much younger wife, Yelena (Rosalind Eleazar). Both Astrov and Vanya fall for her. She doesn’t like life in the country and wishes to return to the city. The Professor has everyone running around him as he complains of being ill. There are some emotional moments as the Professor, ignoring the wishes of his late first wife, announces what he proposes to do with the estate. Frustration and hidden passions rise up as the characters deal with facing the future.

Director Ian Rickson, in collaboration with Ross MacGibbon, presents a sharply directed play, with all the nuances of the characters and their feelings well defined. Rickson re-interprets the stage production for the movie version bringing to the fore the lassitude of most of those on stage.

Toby Jones is just wonderful as Vanya and Rickson has him in close-up talking to the audience. His face moves with the different emotions he tries to keep hidden. There is an outstanding performance by Aimee Lou Wood as Sonya – she is one to look out for in the future.

This play/film full of dark humour is highly recommended. 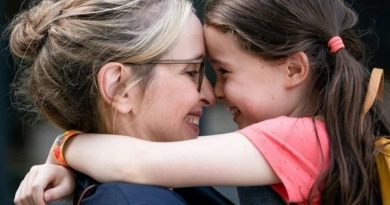