Any film that uses Led Zepplin‘s mighty Immigrant Song to soundtrack not one but two massive battles between good and evil has to be up there with the best.

This latest instalment of the Thor franchise has it all — special effects, mega-stars coming out of its ears and best of all, a tongue-in-cheek humour that makes it laugh-out-loud silly and possibly the best fun you can have while watching on the sofa fully-clothed.

With Thor (Hemsworth, gamely poking fun at his own character throughout) inadvertently held up away from Asgard, scheming Loki (Hiddleston) has disguised himself as Odin (Hopkins) and basically taken charge of the realm. But lurking in the wings is mad, bad, over-the-top in fabulousness (she has antlers!) Hela (Cate Blanchett chewing the furniture and enjoying herself immensely), the older sister the boys never knew they had and she’s arrived to destroy everything they hold dear.

What follows is mass destruction on a mega-scale, but there’s space between for Thor to have to go into the arena and fight galdiator-style with his one-time friend Hulk (Ruffalo), for Jeff Goldblum to ham it up as Grandmaster, for the Valkyries to rise again (to the thundering strains of Led Zepp) and for not so subtle jokes to be made about the size and potency of Thor’s hammer.

It’s beautifully shot and director Waititi manages to ensure the amazing look of the film doesn’t get in the way of his myriad characters and their back stories. In fact, the film would have been better with less major players involved. But this is a minor gripe because although it’s not subtle or clever or complex, Thor Ragnarok is great fun and if you don’t sit watching with a huge grin on your face there’s something definitely amiss with your sense of humour.

It’s a hoot, so watch with the lights out and the volume turned up to 11. 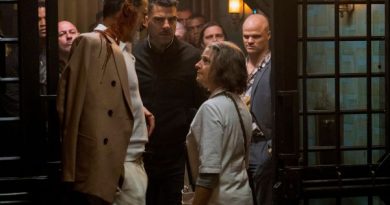 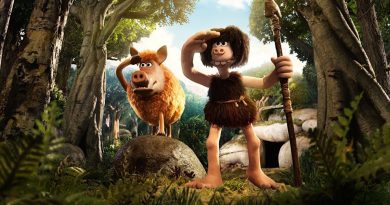