It’s the end of a long, very busy day at the clinic so when the doorbell rings Dr Jenny Davin (Adele Haenel) doesn’t answer it. The following day, police come to the surgery and tell Jenny that a young girl has been found dead with a fractured skull on the nearby bank of the river Meuse; foul play is suspected. They show Jenny CCTV of a young woman ringing her doorbell the evening before. Jenny Davin is horrified at the thought that by not responding to the bell she may have contributed to the young woman’s death. This is further compounded by seeing the CCTV footage of the frightened African immigrant banging on her door. Jenny feels a tremendous guilt and sets out to find the family of the unknown girl.

The doctor sets out with determination and as she visits her patients, including a young man with leukemia and a patient with severe and very painful burns who is afraid to go to hospital as he is an illegal immigrant, she questions each person to see if they recognize the victim and can throw light on her circumstances.

The directors bring out Jenny’s inherent uprightness: she turns down a prestigious hospital appointment to commit to a practice serving those on medical insurance with lower rates.

There is a subplot with Jenny’s intern (Oliver Bonnaud) who she’s trying to persuade to stay in the profession which he wants to quit.

As the film develops we see Dr. Jenny Davin as a new kind of detective: quiet and subtle as she continues to question patients and other local people in spite of threats which jeopardise her safety. A good set of actors, led by the sensitively conceived performance of Haenel, and the usual carefully controlled direction of the Belgian Dardennes brothers make this a thriller which is compelling to watch. 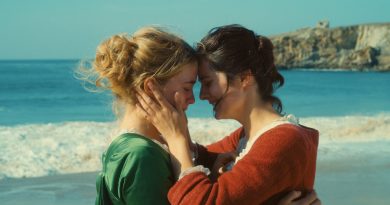