Climb up on the footplate. Feel the heat of the furnace and the steam from the boiler. You’ll have coal grit in your eyes and your face and hair will be blackened by smoke. Just experience the hard steel, the power, the oil and the dirt, as you take the frightening and dangerous journey on The Train. It’s a journey taken in the last months of World War II in occupied France and I can promise you that this is an experience to fully immerse you – it seems for real!

This is the high definition Blu-Ray (1080p) presentation of John Frankenheimer’s epic US/French co-production from 1964. It is hard to believe that this masterpiece is just over 50 years old and it certainly doesn’t look it. The story is simple. Art lover and fanatical Nazi Colonel Von Waldheim has plundered a Paris museum for its masterpieces, including works by Van Gogh, Picasso and Cezanne. His intention is to have them transported by rail to Berlin, but one man stands in his way. Aware that the Allied forces are fast approaching the French capital, Resistance fighter Labiche need only stall the train for a few more days, but he’ll have to use all of his wits and skills to do so. Of course, the film is also posing the question, which still arises today, of the relative value of art and life in time of war. It is set in France in 1944.

The film features two Oscar winners in its lead roles – Burt Lancaster as Labiche and Paul Scofield as Von Waldheim – and Jeanne Moreau and Michel Simon in support.

The Train is actually based on a factual incident where a shipment of 148 crates of modern artworks, which were destined for Germany, were packed on a train leaving Paris on 01 August 1944. The French Resistance were contacted and they managed to have the train stalled in a railway yard 15 miles outside Paris for several weeks until after the Liberation. The Train was shot in black and white and “standard” wide-screen format. It is presented in its original aspect ratio of 1.66:1. Until I read the absolutely stupendous book that accompanies the disc, I had not even realized that the film was in mono sound. Particularly as I always view wearing headphones, I was surprised that I hadn’t noticed this immediately as one normally does with other mono soundtrack films. It is a credit to the careful and painstaking production of the high definition master of the film and the additional picture restoration carried out under Arrow Film’s supervision at Deluxe Restoration, London.

This film was shot long before computer graphics and so all of the explosions, of which there are many, are real. When the railway yard was destroyed by Allied bombers, you’re actually seeing a railway yard destroyed, but with two tonnes of TNT, rather than allied bombers, igniting 440 explosions in 50 seconds.

The gritty black and white, in which this film is shot, only enhances the film. One simply cannot imagine the same mood being created if it had been filmed in colour.

I remember The Train when it came out. The first I saw of it was actually at the Gare du Nord Railway station in Paris, when, as a young teenager, I had gone on a weekend in Paris trip by ferry and train with my parents. Looking up at the station, there was the most enormous hoarding advertising Le Train. Eventually I got to see the film at a cinema in North London and I can remember seeing it once or twice on the television on a very small screen by today’s standards. Seeing this Blu-Ray version of The Train on a reasonably large (45”) TV, was just fantastic. Of course it is not just Arrow’s excellent transfer. What Frankenheimer created were the long meandering shots that have the camera following action and then moving across and following more action with civilians and soldiers coming in all directions as well as the trains in the huge marshalling yard. The viewer is not “watching” but is completely immersed in the film in all its glory and the action shots which are terrific in this fast-moving film.

The 26 page booklet which accompanies the Blu-Ray disc has been impeccably designed and produced by Arrow and, indeed, I think it is one of the best such accompanying booklets that I have seen. The excellent essay “A feat of engineering” by Sheldon Hall is a mine of information about the production of the film and I was fascinated to see from this essay that Frankenheimer’s audio commentary had actually been recorded for the 1994 MGM/UA laserdisc and now released for the first time on UK home video on this Blu-Ray. I remember laserdiscs with great fondness (I still can’t bear to throw away my 100 or so) as these 12” discs were the forerunner of the DVD and Blu-Ray discs. The essay contains a full bibliography and thus is useful to students of those with a deep interest in the cinema. There are also several pages of contemporary reviews and information about the transfer to Blu-Ray. As well as excellent stills and poster shots, the booklet contains a reversible sleeve featuring original and newly commissioned artwork and modern graphic design by Vladimir Zimakov, the US based artist, designer and illustrator who specialises in linocut, silk screen and letter press.

The disc contains an impressive array of special features including an optional isolated score by Maurice Jarre; a newly filmed interview with Lancaster’s biographer Kate Buford, tracing the actor’s career throughout the decade; a French television news report on the making of The Train, containing interviews with the locals of Acquigny; an archive interview with Michel Simon; footage of The Train’s gala screening in Marseilles and a theatrical trailer.

Watching The Train again in this superb Blu-Ray edition was like seeing it for the first time and I cannot recommend it highly enough. I promise – you won’t be disappointed. Superb!

The Train is out now on Blu-ray. 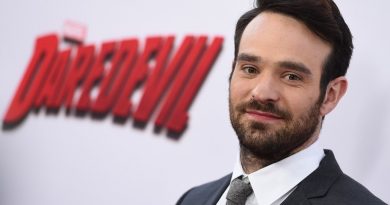