Available to see on Blu-Ray or DVD, The Third Man is set in Vienna.  Orson Welles (in the smaller but dominating role) stars as Harry Lime, who fakes his own death. Holly Martins (Joseph Cotten), a minor novelist, investigates. There are a number of intrigues in this dark, secret society that has formed around Lime in the city.  With a screenplay by Graham Greene, the 1949 film stands up well as a unique classic film with a score by zither player, Anton Karas which is still popular today. The finale is amazing.

Almost penniless, Martins arrives in post-war Vienna to meet up with his old friend Harry Lime who has promised him a job.  He is upset to learn that Lime has been killed in a road accident but that he is in time to attend the funeral.

Martins meets up with actress Anna Schmidt (Alida Valli), who was intimate with Harry and he then meets Major Calloway (Trevor Howard) who knows all about Lime and insists he was a thief and a murderer.  As Martins discovers that Calloway is correct and further that Harry Lime is still alive and is, in fact, the ‘third man’ noticed by witnesses at the fatal accident, the efforts to find Lime intensify.

Director Carol Reed builds up to the final scene which is a chase set in the sewers under Vienna.  Although Cotton as Martins is a bit of a wet drip, he fills the role satisfactorily.  Valli emotes well and is believable playing an actress. Lurking in doorways dodging in and out of shadows and showing his evil side, Welles puts in a superb performance.

Great photography by Robert Krasker – which deservedly won him a Best Cinematography Oscar – and excellent sets, showing the rubble that Vienna has become, enhance the atmosphere and provide a suitable background to the story and acting.

To accompany the film there are some most interesting extras including The Third Man on the radio in 1951 written and performed by Orson Welles. The Life of Graham Greene includes an interview with Greene. There is also a documentary on the making of the film with Orson Welles speaking and telling us about Carol Reed and Greene.  We have, too, the continuity girl speaking about the making of the movie.

Do see this new version and enjoy the film and the extras which are on a separate disc.

The Third Man is out now on DVD and Blu-ray. 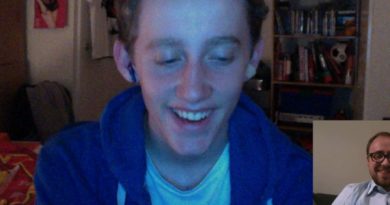 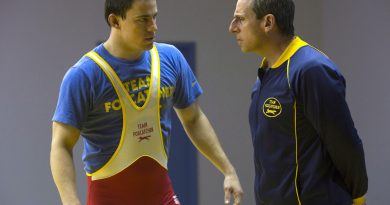