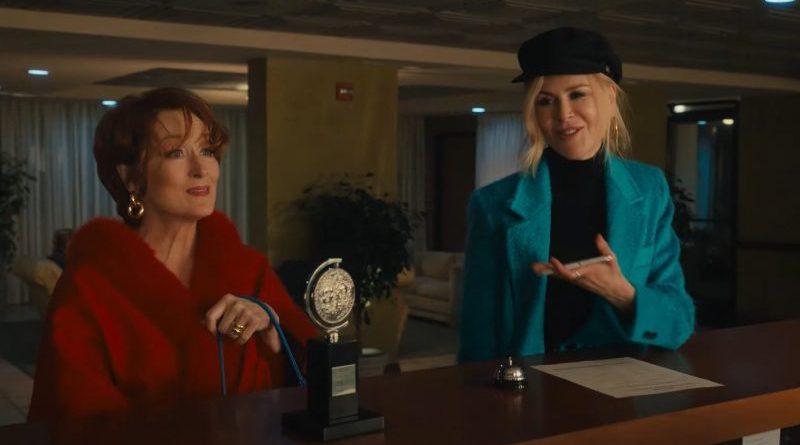 In her feature film debut, Jo Ellen Pellman sees her role as “a once in a lifetime experience,” as she shares the screen with so many of Hollywood’s biggest stars. Ariana DeBose says it’s been a “wild year and is not something she’s taking lightly.” Playing one of the very few roles of Latinx actors that are in the awards discussion this year, she says “I feel honored to represent for Latinx and Queer representation.” DeBose made an impression in July in “Hamilton” when it premiered on Disney Plus and was set to co-star in Steven Spielberg’s remake of “West Side Story” before it was moved to December 2021.

The film tells the story of Dee Dee Allen (Streep) and Barry Glickman (Corden) who are New York stage stars that have their careers flatlined after an expensive Broadway show flops. When the two discover high school student Emma Nolan (Pellman), who has been banned from attending prom with her girlfriend Alyssa (DeBose), the two see a perfect opportunity to support a cause and resurrect their public image.

Part of Netflix’s robust arsenal of awards contenders this year, no official category campaigns have been confirmed for its cast.

“The Prom” opens in select theaters and on Netflix on Dec. 11.