Cheesy, weird, supernatural WTF kung-fu fun from one of the greats of the genre.

Two childhood friends, trained in deadly martial arts, are the only survivors of a massacre. When one of them stumbles into a portal to Hell, the lord of the underworld grants him magical powers and an opportunity for revenge if he allows nine demons (essentially eight hyperactive children and a vampy woman) to enter his body.

Returned to the land of the living he sets out to rescue his friend and avenge his family’s murder; but those naughty nine demons have a mind of their own when it comes to mayhem and mischief.

In martial arts movie circles, Chang Cheh is a god and this late film is usually derided. To me, the disco lights, the cheesy, flying skulls and bouncy, smiley, blood-spattered kids make The Nine Demons more fun than it would be if it was just a series of chop-socky fights.

This is a brand new HD transfer with improved English subtitles, but it also features an unrestored old school English dub version for those poor fools who want to experience the 80s again.

This is dumb, post-pub fun – but the keyword there is ‘fun’. Enjoy. 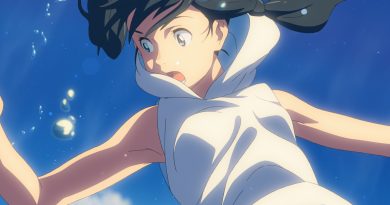