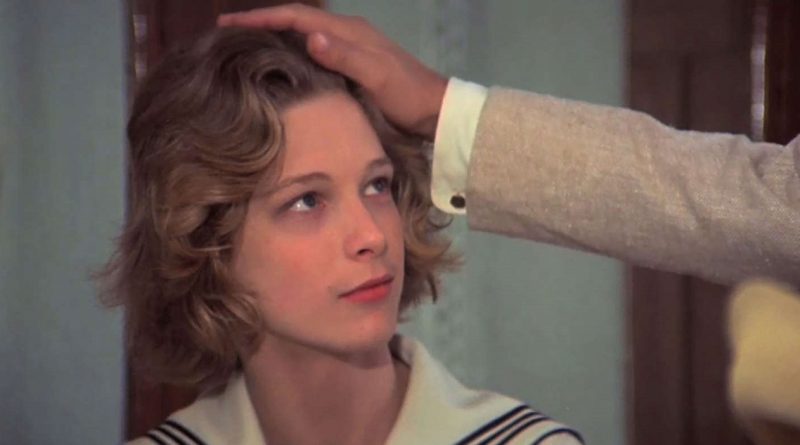 “The most beautiful Boy in the world” was how film director Luchino Visconti chose to describe 15 year old Björn Andrésen, when, after a Europe wide search, the director finally arrived in Sweden, where he found his ideal casting for the role of the angelic looking boy with whom composer Gustav von Aschenbach is obsessed in Visconti’s film Death in Venice.  That though was in 1971.  Kristina Lindström and Kristian Petri set out to discover in their documentary film the man that Björn became and what his life is like now.

In style the film is somewhat subjective, much of it narrated voice over by Andrésen telling his own story.  The opening shots of an old man walking down a dark, dank corridor remind one of a horror film.  We then meet today’s Björn, now a man in his sixties with flowing grey hair, tired, lined face and sad eyes, when he is about to be thrown out of his flat, which has become a pest ridden junk heap.  A woman describing herself as his girlfriend cleans it up and placates the landlady.

As the story progresses we return to that fateful audition, where the young Björn is persuaded to strip down to his underpants.  Although we’re told Visconti instructed his crew, who were all gay like himself, that the young star was strictly off limits, there is still something creepy about the then 55 year old director scrutinising and rhapsodising over this beautiful youth as though he were an object and not a boy.

How a young person copes with the attention at such an early age depends very much on the background to their childhood.   Björn and his half sister Annike, to whom he still appears to be close, were raised by their maternal grandmother.  Their mother had died under mysterious circumstances when they were children and Björn had no idea who his father was.  Grandma we gather was a bit of a Mrs Worthington, eager to see her grandson as a famous film star. Though what Björn himself really wanted was to become a musician.

He did have a reasonably successful career as an actor though he has described it as “One of the few that started at the absolute top and then worked its way down”.  The fact that he started that career as a sex object for gay men may have contributed to a life which was far from happy.  Little of his film career is shown but we have footage of him as a mature young man with his wife – the marriage ended in divorce.  His son died in infancy, a death for which Björn blames himself and his heavy drinking and he was for many years estranged from his daughter. The most interesting material though is of the elderly Björn’s introspective reflections.

Lindström and Petri’s film is a fascinating journey through the life of a man who was forever changed by that youthful experience.  As the casting director, Margareta Krantz, who discovered him, put it: “He is fragile. And that is beautiful… on film. You have to be very careful with such children.”

She was of course correct.  Though arguably you cannot lay the subsequent challenges of Björn’s life entirely at the feet of Visconti.  Much of it is to do with the big question marks that still haunt him today about his mother’s death, the identity of his father and who he, Björn, really is.