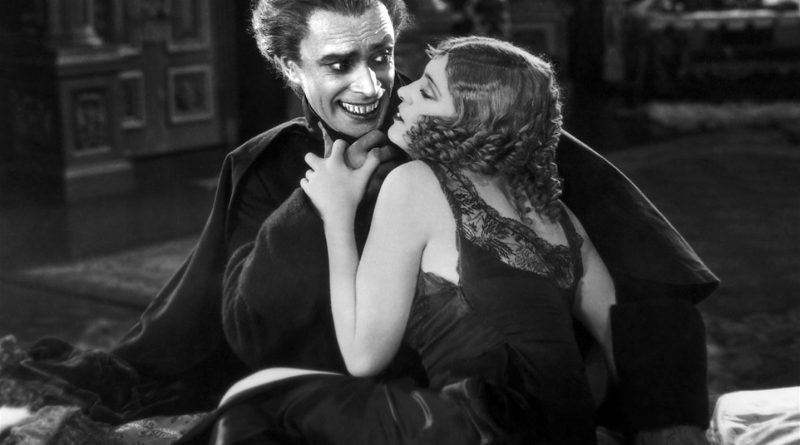 This great big historical roustabout looks great in 4K. But it is Conrad Veidt’s intensely anguished rictus that makes the film.

London, early 1700s: an aristocrat has fallen foul of James II. He is executed, his lands are given away and his young son is mutilated and exiled. The son, Gywnplaine, escapes his captors and meets a travelling showman called Ursus.

Ursus brings up Gwynplaine with a blind girl called Dea. When they are both of age, Ursus launches the two of them in a sideshow called The Man Who Laughs. Gwynplaine (Veidt) has had his mouth cut so that it looks like he is always grinning. Dea is blind (Philbin). The show is a great success.

Queen Anne is now on the throne. When she hears Gwynplaine’s story she wants him to marry the woman who was given his family’s estate, Duchess Josiana (Baclanova).

But Gwynplaine is in love with Dea, the only woman who cannot see his deformity.

Beauty and the beast meets love versus the law.

The Man Who Laughs is hugely affecting, essentially because of Veidt’s intense performance and makeup. But there are some other great elements here too.

Olga Baclanova (Cleopatra in Todd Browning’s notorious 1932 film Freaks) is rather good as debauched Duchess Josiana, who obviously likes a bit of rough. By which I mean that she likes to dress down and go to Southwark Fair to get manhandled by sturdy male unwasheds.

The film is a fascinating carnival of ugliness. There are human gargoyles of every shape, size, sex and class in almost every scene; so Gwynplaine looks positively dapper, especially with that jaunty scarf he tends to wear about his lower face.

There are some great crowd scenes, both at the fair and at court. The fair scenes use some dynamic crowd-level roving camera shots to get the carnival feel going.

There is a lovely recurring image of the proscenium arch at the fair – beautifully lit, like something out of Les Enfants du Paradis.

Even though this is a silent film, a couple of years after its release, a soundtrack was added. Not for actor’s speaking but for ambience. There are intriguing dim human voices shouting and mechanical clackings during the fair scenes.

The extras are good for backstage goss. Apparently, director Leni used to bang a gong on set when he wanted to get people’s attention or set the tempo for a scene. Veidt was apparently so surprised the first time it happened that he shouted out “What the fuck is that?!”. Which can’t be easy to say when you have a heavy prosthesis in your mouth. 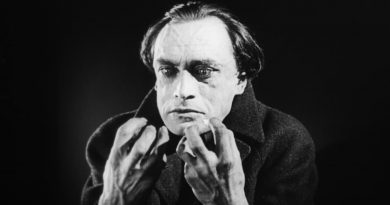