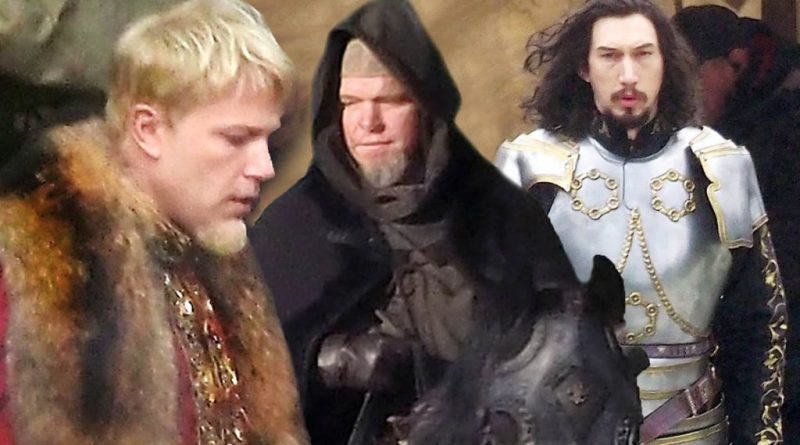 This is a medieval tale with a contemporary #MeToo angle, based on a book by medieval specialist Eric Jager, which in turn is based on a true story – a story which gives us a rather different view of life in a period, which has often been portrayed in the movies as one of chivalry and courtly love.

While kicking off with the opening skirmish of the duel of the title, the film then, like the classic Rashomon, tells its tale from the point of view of the three main characters.

They are Jean de Carrouges (Matt Damon), a courageous soldier and veteran of many battles.  Jacques Le Gris (Adam Driver), a squire and therefore a bit lower down the pecking order, whom Jean befriends when Jacques saves his life in battle.  But they then fall out when Jacques becomes a favourite of the dissolute Count Pierre d’Alençon, played by Ben Affleck, who also co-wrote the film with Damon and Nicole Holofcener.   The third character is Jean’s wife Marguerite (Jodie Comer) and when we get to her version of the tale, it really takes off.

The first section told from Jean’s point of view is a bit uninvolving.  Admirable spectacle, battle scenes and a sense of texture and weather from director Ridley Scott but Jean, as Pierre describes him at one point, is a man who is “f****ng boring”!  He’s also for poor Marguerite the world’s dreariest lover, who has chosen his bride primarily for her dowry and to be the mother of his sons.

However once we get to the real business of the film, which is the rape of Marguerite by Jacques when Jean is away on one of his interminable war games, the story becomes much more involving and it is particularly shocking when we get to Chapter 3, which is  Margeurite’s version of the affair.

It is clear where the film maker’s sympathies lie.  Forget anything you may have heard about courtly love.   Jacques claims to have fallen in love with Marguerite, though once he has had his way with her, he shows no desire to see her again and his regret is not for the crime but the fact that he has committed adultery, as he sees it and is in fear for his immortal soul.

Damon and Driver are good in what are ultimately rather unsympathetic roles – one’s a self deluding, slimy rapist, the other a boor – and they’re both rubbish in bed.   Affleck as Pierre, poncing about in a blonde wig, has great fun with a lot of nubile naked ladies in what would be described today as “sex romps”.

But the heart of the film. particularly once we get to her version of things is the strong and empathetic performance of Jodie Comer as Marguerite.  When the matter is heard before the young king (Alex Lowther), and the (daft) option is put forward of letting God show who is telling the truth through a duel to the death between Jean and Jacques, despite the threat of a humiliating and horrendously painful death for her should Jean lose, Marguerite is determined to prove her innocence and clear her name.

In the course of the aforesaid trial, which is more a trial of Marguerite than of Jacques, we hear some astounding arguments put forward – such as a woman can only get pregnant if she enjoys the sexual act.  There is also a telling supporting performance from Harriet Walter as Jean’s embittered mother, who reveals to her daughter in a law that she, like most women of the time, was raped many times in her youth as a matter of course and just had to shut up about it.

After her star turn in Killing Eve, Comer has been seen in recent weeks in a contrasting series of roles; on television as the care home worker coping alone with a dying Covid patient in Help and in the cinema as a geeky games designer in Free Guy.  And now this.  She is very versatile and very talented.

And I don’t want to be ageist but at age 83 Scott demonstrates that he can still deliver period spectacle and quality story telling, while combining it with an awareness of contemporary thinking and concerns. 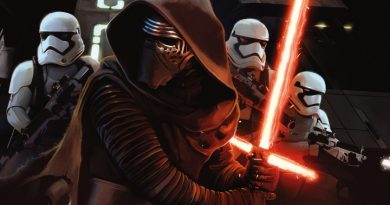