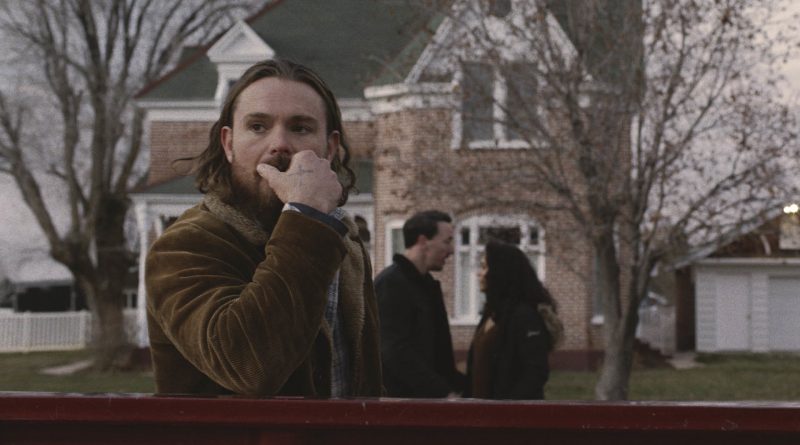 A constantly engrossing film that challenges our preconceptions as it thrills along the way.

Although David (Clayne Crawford) agreed to a separation for a period with his wife, who wants some space, he finds he desperately misses his three children. They agree they can both see other people but when he sees Niki (Sepideah Moafi) with her new lover, Derek (Chris Coy) he is very jealous.

At the beginning of the film we see him holding a gun, standing over the bed, where his wife is lying with her lover, about to kill them. He doesn’t. It is not just being with his kids that David misses, but the small day to day looking after them – putting them to bed, giving them their meals, playing games outside their home.

David has moved in with his father but is not at all content there. We see him walking around Kanosh, the small town in Utah where the family live, but he is constantly brooding and most unhappy. David has been with Niki since school days and although they agreed that they could both see other people, David just can’t cope. He keeps talking to his wife trying to get the family back together, but she is far from keen.

A brooding performance by Crawford provides just the right characteristics for the husband while Coy has the difficult task to come across as sympathetic although he seems to have taken the wife away from David. Poor Moafi has to tread the difficult path of appeasing her husband while at the same time wishing to be free to pursue her own desires. And in the middle of this are the kids who have to watch their father almost destroy himself in fighting to keep his family of six togther.

The photography is most atmospheric and captures rural Utah as well as the dark thoughts of David as he tries to get rid of the lover and re-claim his wife.

The story is told from the husband, David’s, viewpoint and it is quite hard to take at times as he is an abuser. But definitely worth seeing.