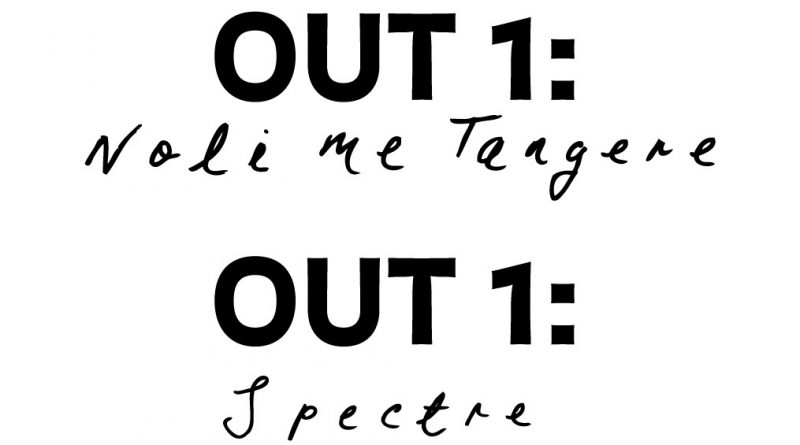 Jacques Rivette is one of the founding members of the French New Wave, who had palpable arthouse hits with 1974’s ‘Celine and Julie go boating’ and 1991’s ‘La belle noiseuse’. Understandably, his 1971 775 minute film ‘Out 1’ has been almost impossible to see theatrically since, um, one day in Le Havre in 1971, although it resurfaced at film festivals in 1990, 2004 and 2006. Now you can feel the kooky love at home.

In a world of 50-hour box sets, it is still a challenge to experience Out 1, albeit a beguiling experience. That’s because of Rivette’s unusual approach to narrative and plotting as well as his formal insistence on slow, long shots that foreground the cinematic transformation of traditional theatrical space.

The story strands are simple but the film intentionally drifts away from its plot elements; the effect is to give the impression of an inordinately complex narrative. Two story strands intertwine: two theatrical groups are rehearsing, while a small group of Parisian hipsters begin to unravel the mystery of a secret society known as The Thirteen. You’re not going to be gripped by plot twists ad turns but the film is shot and edited in such a way that an intriguing story emerges – of the inherent mystery of life, acting, Paris – and keeps on emerging, never quite resolving itself.

In 1974, Rivette re-conceived Out 1 as a four-and-a-half-hour feature called Out 1: Spectre. Both versions are presented in this boxed-set, fully restored and with newly-translated English subtitles.

Out 1 presents two signature Rivette elements: a fluid camera that moves, for example, through the theatrical space of rehearsals, in an almost documentary fashion, creating an emergent filmic space; an emergent mystery at the level of plot and character.

It is the three other films collected here that link that graceful mobile camera to Rivette’s favoured lighting schema – lighting that I always think suggests high-production values at low cost, and may have as much to do with Rivette’s cinematographer William Lubtchansky as the director’s aesthetic choices. Duelle, Noroît, Merry-go-round – these films are full of interiors lit and shadows cast from above, with cones of harsh light dissipating into warm pools at floor level. All three films are pretty bonkers but they look lovely, beautifully shot and beautifully restored.

Duelle is an oblique mythological tale in which two goddesses fight over a man in a stage-bound Paris stuck somewhere between the 1930s and the 1970s. It’s so oblique that in an extra one of the leads outlines the story and then confesses to not knowing any of the things she has just said until several years after the filming.

Noroît is a pirate revenge drama, set and filmed in the environs of a castle on the Brittany coast. There is a play within the film to confuse things even further.

Merry-Go-Round sees Joe Dallesandro and Maria Schneider team up and trawl through the suburbs of Paris in search of a missing writer and an inheritance.

Given the duration of and longueurs in all these films, even I’m surprised that they are so enjoyable to watch. There’s the lighting, the kooky goings-on and the 70s décor. But there’s something more gripping and essential too: the glimpses of delicious mystery, the quixotic nobility of the actions of actor and film maker. These are a few of my favourite things.

The Jacques Rivette Collection is out on DVD and Blu-ray on 18 January.