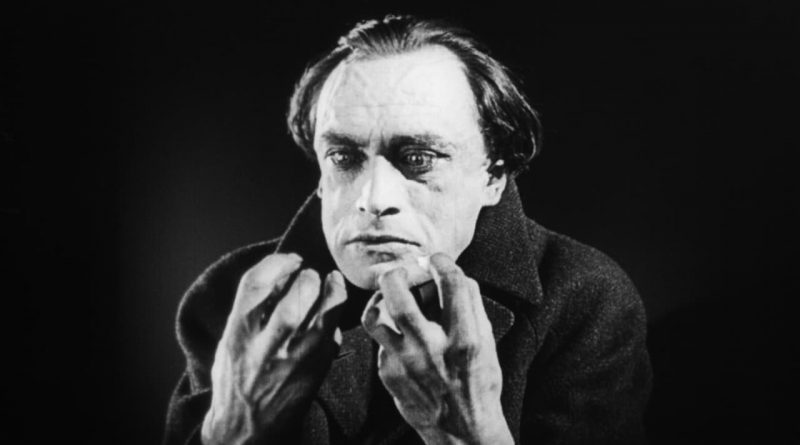 A shlocky silent thriller becomes one of cinema’s most striking expressions of psychological and body horror, due to Conrad Veidt’s extremely physical performance.

Famous concert pianist Stephen Orlac (Veidt) has his hands mangled in a train crash. A surgeon transplants the hands of an executed murderer onto Orlac’s forearms.

Orlac begins a long convalescence, cared for by his doting wife Yvonne (Sorina). But when Orlac discovers the provenance of his new hands, his hallucinations of a threatening and accusatory male figure (Strassny) strike total fear into Orlac, especially when they start to have real-life, homicidal effects.

The story (from a 1900s science fiction novel) has been made into several films, with increasing grand guignol. Director Wiene (most famous for 1919’s expressionist classic The Cabinet of Doctor Caligari) strips the story and the visuals back; although contrivances abound from premise to melodramatic climax.

Wiene focuses on the faces of Veidt and Sorina. His performance is mesmerising; hers looks laughably exaggerated. I can’t put my finger on what Veidt does so successfully – perhaps he just has the perfect face for this sort of part, huge-eyed and as if carved from gnarled wood. The veins on his forehead start to pulse several times, in truly disturbing fashion.

You aren’t struck by any psychological realism here, it’s a pure spectacle – of the face – and that is itself rather remarkable.

The film trades in close ups of anguished faces to great effect. But let’s not forget the corollary hands, gnarled talons that become objects of horror for Veidt, stretched out before his face, attached yet horribly alien.

Veidt is also very good at staggering around. Again, a comparison with Sorina is insightful here. She is often seen trailing around as if led by someone who has hold of her outstretched hand, which looks very theatrical. Whereas there’s a palpable inner tension to the relationship between Veidt’s face and his hands – the dramatic dynamic is created by the relationship between the two. And its this tension that appears to cause him to stagger vortex-like around the sets.

The other noteworthy element is the massive, sparse set design. The camera cuts from close-ups to shots of the large, bare rooms in which the characters are suffering their torments. It’s a very different approach to that of the earlier Caligari, and seems to suggest the utter indifference of their environment to the sufferings of Orlac and Yvonne.

This is an 1080p presentation on Blu-ray from a restoration of the original film elements by Film Archiv Austria. It comes with an atonal, percussive soundtrack that sounds appropriately anguished. 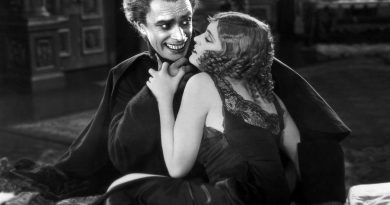