First time director Corin Hardy grew up gorging on horror classics such as The Thing, Alien and The Evil Dead. Their monstrous gooey trails can clearly be seen and keenly felt throughout his confident and stylish directorial debut The Hallow. Of course if you are making a horror film and indeed a new monster movie, these are not bad touchstones to have and Carpenter, Scott and Raimi are the right people to follow.

In classic genre fashion The Hallow tells the story of Adam Hitchens (Mawle); a conservationist, who moves with his wife Clare and child to an isolated Millhouse in the Irish countryside. No sooner have they arrived than Adam is finding a strange fungus in the woods next to the house and the couple are confronted by angry locals who tell them they shouldn’t have come here (and are naturally hiding a secret) and warn them not to go into the woods…

Things soon start to go bump in the night for the couple as a kindly police officer – played by Michael Smiley in a one scene cameo – warns that the woods are guarded by ‘The Hallow’, an ancient race of fantastical creatures and that if you trespass in their world they will trespass in yours.

The influence of John Carpenter’s The Thing is evident from the get go when our ‘hero’ finds a messy looking deer carcass and the camera lingers on the abject gloop as he inevitably takes a sample. We also get a friendly looking dog, some dated looking computer equipment, cell analysis and then find out the fungus can infect and control its hosts…

The influences don’t stop there with the house an effective ‘cabin in the woods’, a Necronomicon alike book turning up and The Hallow themselves stalking and jumping out of the dark like Scott and Giger’s deadly xenomorphs.

Hardy is not afraid of acknowledging these influences and indeed the film wears them like a badge of honour.

That’s not to say there is nothing original here. Hardy has attempted to create a new horror mythology out of Irish folklore and the creatures themselves have an individual look, expertly and lovingly designed recalling the classic practical monsters of Stan Winston, Rick Baker and Rob Bottin. Alongside the creatures themselves, The Hallow serves up some potent and striking imagery as well as several impeccably crafted nerve shredding sequences; with an attack on a car and one in an attic being particularly nail-biting standouts.

Yes The Hallow has its flaws; it sticks to a well-worn formula, the plot turns are well signposted, the acting and dialogue could have been sharper and characters still make bizarre decisions; however it still remains a fresh and enjoyably old school monster movie.

The Hallow is far more inventive, taut and fun than tepid Hollywood horrors of late such as Annabelle, Ouija and The Gallows, and has firmly placed Hardy on the tinsel town map, entrusting him with the long gestating remake of The Crow.

On this evidence, if they can finally get the seemingly cursed film into production, he may well improve on the much loved original. 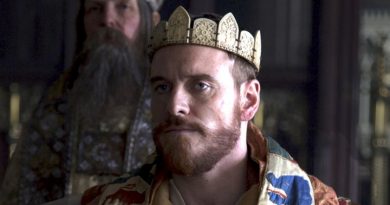