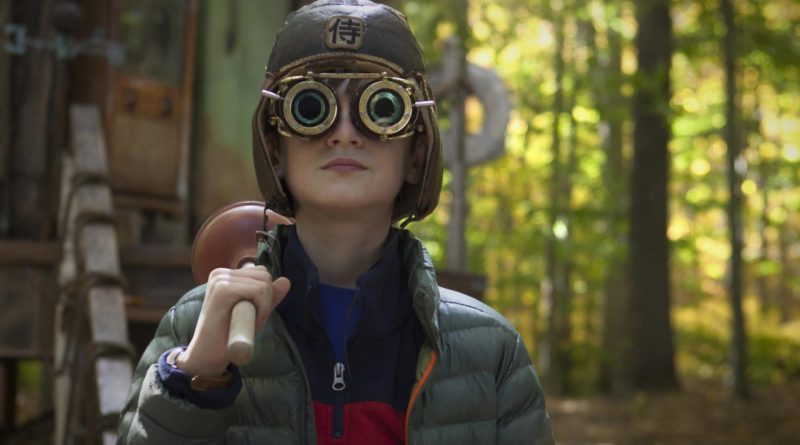 Henry is a bit of a genius.  He handles the family finances (rather successfully on the investment front as it turns out), demonstrates his original, creative mind at school and is very much the man of the family, depended on by his mother, whose parenting skills are a bit on the chaotic side.  He also has a crush on Christina (Maddie Ziegler), the little girl next door, whom he is convinced is being abused by her bullying stepfather Glenn (Dean Norris).  The authorities dismiss his concerns however and when Henry is taken seriously ill, it is up to his mother, following the instructions in Henry’s little red book of the title, to carry out his plan to save Christina.

The first part of the film is promising.  The relationship between Susan and her two sons and that between the brothers is convincing and interesting.  The precocious Henry himself, while sometimes a little annoying, is also amusing and very well played by Lieberher, while the later scenes of him and his family, when he is in the hospital, are genuinely moving.

Henry is the most engaging and original person in the story and it is a brave or in this case foolish writer who dares to remove his best character from the action, which is what happens here.   As a result, despite the best efforts of Watts, the credibility of the story then just crumbles.

Without giving too much away, the action from now on becomes increasingly unbelievable.   At one point it involves Susan stalking Glenn through the shrubbery with a gun, which is intercut with the school’s talent show, where all the children give such amazingly accomplished performances they look like they’ve all studied at the Fame school and Christina’s dance turn for some reason convinces the school headmistress that perhaps Henry’s warnings were right after all.   There is also a halfhearted effort to introduce a possible romance between Susan and the doctor (Lee Pace) who is treating Henry and comedienne Sarah Silverman has some good moments in a rather unnecessary role as Susan’s best friend.