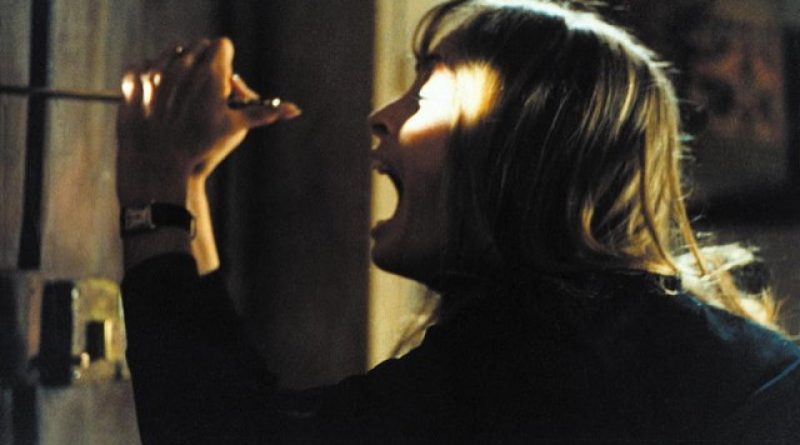 Dario Argento’s directorial debut is out in a brand new 4K restoration. It doesn’t luxuriate in violence like some of the later films but it’s still stylish as hell.

Sam (Musante) is an American in Rome. Walking around late one night he sees the highly lit, large window of an art gallery. Inside a woman is being stabbed. Her attacker flees when he sees Sam. The police think the attack is related to a series of murders that have been taking place. Sam decides to do a little bit of sleuthing on his own – unaware that he’s putting himself, his girlfriend and his friends in danger.

A very assured debut, The Bird with the Crystal Plumage already establishes the key traits of Argento’s style: the curious innocent hero and the fetishized killer in shiny black raincoat; visuals that are either very lavish or high-modernist minimalist; a mix of horror, police procedural and graphic novel motifs; brutal scenes of violence that use closeups and cuts to great effect; scenes of stalking that use the killer’s perspective in a disturbing way.