Apart from the somewhat off-putting title, which I assume from the story line is an American expression meaning serious illness, everything else about this original romantic comedy with a difference is a total delight.

Nanjiani plays Kumail, a fictionalised version of his real self and the film is based on the real life love story of Kumail and his wife, Emily V. Gordon, with whom he co-wrote the screenplay under the mentorship of producer Judd Apatow, and who is played in the film by Zoe Kazan.

Kumail is an American Pakistani, a part time stand up comedian whose day job is driving a cab.  He lives with his parents, his brother and sister in law.  His mother (Shroff) disapproves of his career choice but her main ambition is for him to marry a nice Muslim Pakistani girl, to which end, despite her son’s lack of interest, she is constantly engineering beautiful and suitable young women to just “be in the neighbourhood and drop in”.  Then one night at his show he meets Emily.  After a slightly wonky start, they fall in love.  When she finds out he is keeping her a secret from his family, who would freak if they found out he was seeing a white girl, she breaks up with him.  Then potential tragedy strikes.  Emily is struck down with a mystery virus and is put into an induced coma in hospital.  When her parents show up, Kumail finds himself forced into a relationship with them.

The film is warm, funny and totally charming.  A lot of the comedy comes not only from the stand up sequences in the club, but from the way Kumail takes his on stage wise cracking attitude into the rest of his life – his relationship with Emily, his fellow comedians and with his family.  The latter in many ways reminds us of Jewish family comedy, particularly in the match making ambitions of his mother Sharmeen (Shroff).    Emily’s parents, played by fellow stand up and comedy actor Romano and the versatile Holly Hunter, sort of take over from Emily in the second half of the film.   Romano as a middle aged, angst ridden version of the college boy he once was and Hunter, a petite ball of fire, particularly in a scene where she takes on a racist heckler at one of Kumail’s stand up gigs.  The initially chilly and then increasingly warm relationship that develops between them and Kumail is beautifully played.

As Emily (Gordon) says in one of the extras on this DVD, you don’t see many Muslim families depicted on screen (in America at least) and we don’t see many American Pakistani stand up comedians here either.  And although the film never becomes preachy or turgid on the subject, it does have some universally valid and important things to say about the conflict experienced by an immigrant child between his family culture and the one in which he is now living.

It would be interesting to know how Kumail’s relationship with his family is now that he is married to Emily.  Although his parents in the film are not exact depictions of them in life, that must have been a tricky one to handle.  All we learn is that they asked him not say anything bad about Islam.

This information and more comes from the often enlightening DVD extras, which include Kumail, co-writer Emily and Apatow on the development of the film and some fun stand up material from Kumail and the other members of the cast, when they took the film on tour. 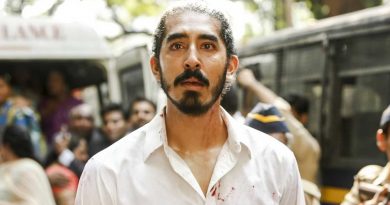 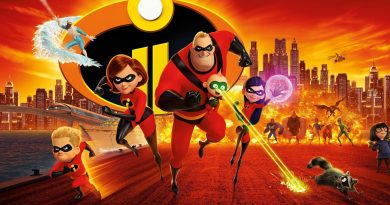