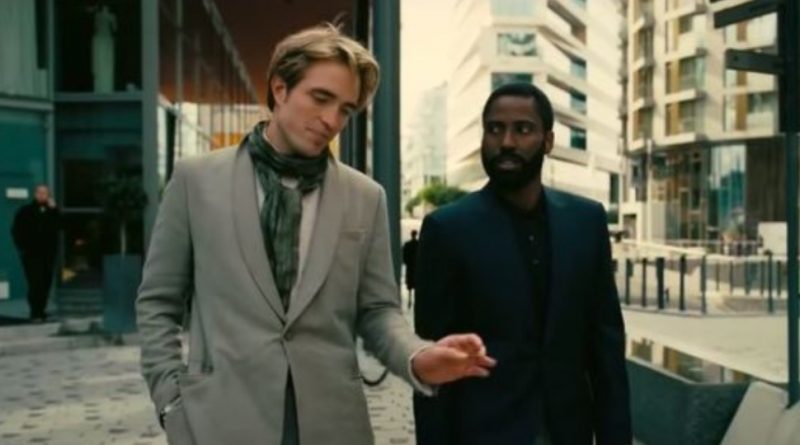 Tenet is a big film and comes across even larger in the IMAX version. The huge action sequences blow the mind. There are amazing, fantastic set pieces. It is not a movie that you need to dissect. Yes, the plot is often confusing, but you can’t take your eyes off it.

Basically, the film shows us The Protagonist (John David Washington) who is called upon to save the human race from World War three. He is given one word ‘Tenet.’ The Protagonist interacts with Priya (Dimple Kapadia), an arms trafficator. He becomes close to Kat (Elizabeth Debicki) who has a miserable life with Andrei Sator (Kenneth Branagh, a Russian oligarch who controls her and uses their son to keep her in line as she is very scared of losing the boy to Sator who wants custody. The protagonist works closely with Neil (Robert Pattinson) and he and the two share some lighter moments.

A major element of the film is time. Episodes take place in an inverted form with a spectacular car crash shown in reverse chronological order.

Following the excellent Dunkirk, this film is shot with IMAX cameras, which are among the highest resolution cameras in the world, The film was refined during post-production in an IMAX cinema so that the film fills the entire screen and the audience gets an exceptional clarity and crispness from the images.

Christopher Nolan, who wrote the screenplay, is a wonderful film maker. He succeeds on all fronts in this film, except sound. Much of the dialogue is really difficult to follow. It often comes out as a mumble and it is particularly frustrating when the plot is so complicated that you need to actually hear what the characters are saying.

But the actors seem to understand what they are talking about and although John David Washington is somewhat dour, he is impressive as the strong, capable and confident hero of the film. He is ably backed by Elizabethe Debicki, a very tall imposing figure who walks so beautifully upright that I am forced to sit up straight as I watch her. The rest of the cast make useful contributions. Kenneth Branagh once again shows that he has a real ear for foreign accents. Unfortunately, here, he is frequently one of the actors who it is difficult to follow.

It is all very serious with few light moments. It is, though, genuinely an exciting huge movie to entice us all back to the cinema. And, after 6 months of watching films and other entertainment on a small screen – for however large your TV screen, it is never going to be IMAX size – it is truly wonderful to be part of a cinema audience and enjoy such a spectacle on the giant IMAX screen. Go now!