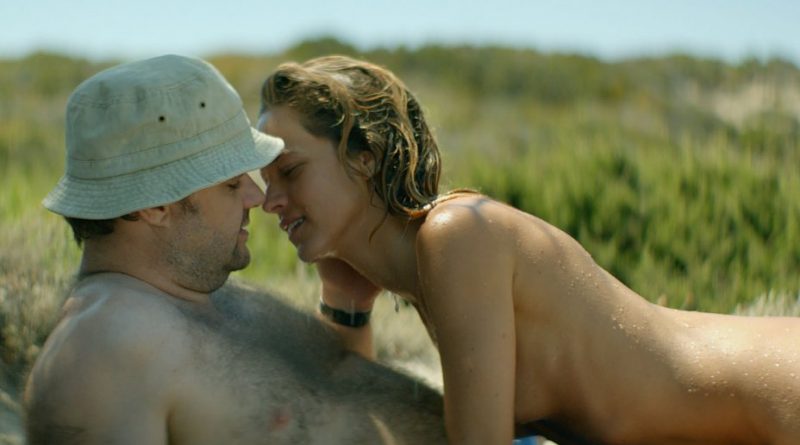 The painful case study of a pudgy, obsessive, middle-aged man given one last chance to have a drunken dance with youth.

Kostis (Makis Papadimitriou) is the latest local doctor on the Greek party island of Antiparos. He’s not much of a fit, being lugubrious, pale skinned and flabby. He fits the wintry out-of-season island at the start of the film better than the sun-kissed summer paradise of sculpted, honey-toned flesh that follows.

This moral tale is tinged with the resentment of the aging and the failed, as seems to be the case with much recent Greek cinema. If Kostis’ hanging out with the kids forces him to suffer excruciatingly from the dynamic of inclusion and exclusion that characterises such groups, making him painfully aware of his own body, the film also suggests that youth is gauche and annoying, better at manic behaviour than nuance or torpor. And Kostis, like age, has the last laugh – although he is crying and has a syringe in his hand at the end of the film.

Of course, it isn’t really about Anna; it’s her youth that triggers something in Kostis, that reminds him of his own sense of personal failure, like a signature he has taken through his life.

But don’t let the familiarity of Kostis’ problems fool you – we are in deeply pathological territory here. And that’s the problem with the film, as with many contemporary Greek films. The main characters are so incredibly dysfunctional, their behaviours and their outcomes so extreme that they don’t quite fit the realistic setting we find them in.

Yet there’s nothing truly extreme or liminal about Kostis, the vector of Kostis’ behaviour is mired in cliché – the cliché of tabloids, dimestore psychology and policemen, that obsession builds to violence.

Suntan is a depressing watch because of Kostis’ psychological dysfunction not his age – and tying the two together does dramatic disservice to them both.