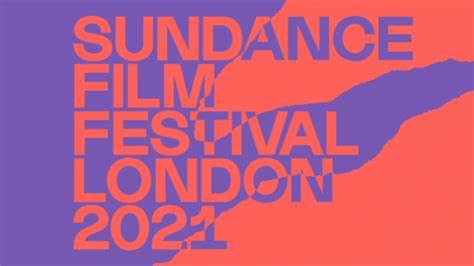 The festival will present 15 feature films from the Sundance Film Festival in Park City, Utah, U.S.A., selected for London by the Sundance Institute programming team in collaboration with Picturehouse. The Festival opens with the UK premiere of Edgar Wright’s debut documentary The Sparks Brothers, a musical odyssey through five weird and wonderful decades with brothers Ron and Russell Mael, which will screen consecutively in cinemas across the UK along with a simulcast filmmaker Q+A. It will close four days later with the UK premiere screening of Janicza Bravo’s feature Zola, presented by Time Out.

Clare Binns, Joint Managing Director Picturehouse Cinemas, added: “I echo Tabitha’s sentiments about being back in a venue where we can really show off the diverse and exciting programme to our audiences in London and beyond. We’re thrilled to be once again a physical event and look forward to welcoming people to this great line-up.”

Alongside the opening and closing night films, the festival will present a selection of sensational and wide-ranging filmmaking: Mass, starring Jason Isaacs and Ann Dowd alongside Martha Plimpton and Reed Birney, is an agonising drama following two sets of parents in the aftermath of a fatal high school shooting and is the debut feature from director-screenwriter Fran Kranz; winner of the U.S. Grand Jury Prize, U.S. Dramatic Audience Award at the 2021 edition of Sundance, CODA (dir. Sian Heder, winner of Best Director in the U.S. Dramatic section at the 2021 Festival), which stars British actress Emilia Jones, is a warm-hearted comedy-drama following the hearing daughter of two deaf parents as she navigates helping her family run their struggling fishing business, whilst trying to keep up at school. Dash Shaw’s Cryptozoo is a mythical animation centering around the premise of Cryptozoology, a subculture who preserve the knowledge of folkloric creatures, with vocal performances from Lake Bell and Michael Cera.

In addition, cinema goers will be able to take in The Nest, Sean Durkin’s long-awaited follow up to Martha Marcy May Marlene (which premiered at the 2011 Sundance Film Festival), with superb performances from British actor Jude Law, alongside Carrie Coon. Receiving its world premiere at the Festival in 2021, Human Factors (dir. Ronny Trocker) balances phenomenal performances and effortlessly invents its own rules, reminding us even the closest family members may be only intimate strangers. Director Nikole Beckwith returned to the Festival this year with warm-hearted comedy Together Together, having previously screened Stockholm, Pennsylvania at the 2015 edition. The film stars comedy king Ed Helms alongside newcomer Patti Harrison.

As in previous years, along with Edgar Wright, the London edition will support British talent with Prano Bailey-Bond’s Censor, an intoxicating horror feature set against the backdrop of the ‘video nasties’ social hysteria in 1985. The film made its world premiere at the 2021 festival, as did Sam Hobkinson’s Misha and The Wolves, an engrossing documentary feature which stylishly blends reenactments, interviews, and archival footage to tell a vivid story about truth, deception, and self-preservation.

Together with Misha and The Wolves, the festival’s documentary features share an equally impactful cinematic experience: Writing With Fire (winner of the Audience Award: World Cinema Documentary, and the World Cinema Documentary Special Jury Award: Impact for Change, at the 2021 Sundance Film Festival). Directed by feature debut duo Rintu Tomas and Sushmit Ghosh, the documentary acts as an electrifying reminder to never underestimate the strength of a woman who’s had enough. Co-directors Kristina Lindström and Kristian Petri’s The Most Beautiful Boy In The Worldis a thoughtful and quietly devastating meditation on obsession, trauma, and the cost of fame, telling the story of Björn Andrésen, and the burden he faced as a consequence of being proclaimed to be “the world’s most beautiful boy.”; Nanfu Wang’s In The Same Breath, which builds a damning indictment of Chinese and American leadership’s response to the pandemic, signals her return to the Festival following her 2019 Sundance Grand Jury Prize winning documentary One Child Nation.

The 2021 festival continues the Sundance tradition of supporting emerging voices in filmmaking: First Date, a dark comedy turned coming of age thriller, signals the directorial debut for duo Darren Knapp and Manuel Crosby; a further feature debut in this year’s lineup comes from director Carson Young in the form of horror-fantasy hybrid, The Blazing World, based on a short of the same name which premiered at the Festival in 2018.

In an exclusive repertory strand, the festival will present three films connected with the programme and filmmakers.

Alongside the inspiring film selection, the festival will also highlight the work of industry pioneers with a series of panel discussions, providing audiences invaluable insight into the filmmaking process. Additional events to be confirmed.

Festivalgoers will have a special chance to catch an unannounced title with the festival’s fourth Surprise Film – the 2019 choice was Paul Briganti’s Greener Grass.

In a new first, this year’s edition will go on tour, with films showing in cinemas across the UK as part of the Sundance Film Festival London Tour – three films The Nest, Writing With Fire and Zola will screen at upwards of 30 cinemas across the festival dates 29 July – 1 August.

We are committed to offering a number of screenings and events with deaf and hard of hearing access options during the festival, more details will be published on the website.

More information will be available at picturehouses.com/sundance. Join the conversation on social media with #sundancelondon.