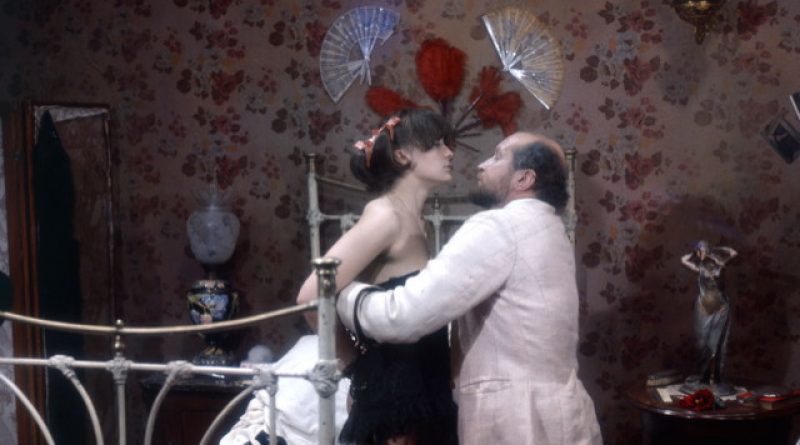 This is a must see. An immaculate and energetic period melodrama, full of superbly lit shots that home in on details, objects and machines which have been consigned to the dustbin of history.

Why is this film not better known? It is opulent to a tee – a sort of petit bourgeois Senso with a penny dreadful tinge.

Ewa (Grazyna Dlugolecka) is a young, pious, bourgeois woman. Her parents rent out rooms in their apartment. When the darkly handsome Lukasz (Jerzy Zelnik) becomes a lodger, Ewa is swept of her feet, despite the admonitions of her conscience and her priest.

When Lukasz disappears after travelling to Rome to ask the Pope for a divorce, Ewa follows the clues and travels around Europe in search of her lost, impossible love. Count Zygmunt Szczerbic (Olgierd Lukaszewicz) falls in love with her but Ewa runs from him, straight into the arms of brutish villain Antoni (Roman Wilhelmi).

The only feature Walerian Borowczyk (The Beast, Immoral Tales, The Strange Case of Dr Jekyll and Miss Osbourne) made in his native Poland, Story of Sin is based on a novel by the late 19th century novelist Stefan Zeromski (imagine a mix of Dickens and Zola, in his regard for exploring social problems).

The story becomes very melodramatic in the final third, when Ewa is involved in a murderous confidence trick. But I’m not complaining about the lurch in tone, as the whole film is spellbindingly beautiful to look at, with lots of signature Borowczyk touches but very little nudity and no explicit sex.

Borowczyk liked to light scenes a certain way, a glassy, smeared white light glancing off people and décor, burnishing them with a fetishist’s cold interest. Cinematographer Zygmunt Samosiuk may have helped Borowczyk achieve this effect here, but it is a signature element of the director’s style.

Such a light falls here on carefully chosen and highlighted machines, from phonographs and music boxes to telephones and industrial gas lighting systems. Has any other director paid as much attention to period details? Details that aren’t really telling or significant for the story, except that the libidinialised light and gaze turned on them is also turned on the protagonists.

This is without doubt one of cinema’s greatest, most fully realised and scuzzily opulent period dramas.

So how come it has taken this beautiful restoration to make us aware of it?