Although the story is set in Pennsylvania, homeland of its first time feature writer Brendan Higgins, this is actually a British production in terms of its producers and its director Simon Fellows with three Irish actors in the lead roles.  It looks and feels however like an authentic American independent film.

Andrew Scott plays Donnie, a garbage collector in a small Pennsylvania steel town. He works with his only friend Donna (Bronagh Waugh) and lives with his disabled mother Betty (Sandra Ellis Lafferty).  He also has a daughter Wendy (Christa Beth Campbell), who lives with her mother Linda (Denise Gough).  Donnie and Wendy are close and he still cherishes the hope that the three of them can one day be a proper family but that is never going to happen.

Because there is something different about Donnie.  Not only the fact that he wears a woolly hat with ear flaps at the height of summer – something Donna affectionately teases him about –  but in his possibly autistic obsession with detail and order.  And when a small boy who used to wave at him on his round is found dead in the river, despite the police’s immediate conclusion that this is a tragic accident, Donnie is convinced that there is something more sinister behind it.  Is this just a manifestation of his obsessional personality, perhaps tied in with his love and fears for his daughter?   But when this oddball character starts to conduct his own amateurish investigation and his own life threatened, it begins to appear that his suspicions are justified.

Although the story sounds like material for a thriller, this film is more of a character study, whose gentle pace is intermittently broken into with the shock of violence. Scott, in a very different role from his recent heart fluttering, sexy priest in Fleabag, is sweet and vulnerable as Donnie but also rather disturbing.  He is well supported by Waugh as his tough and loyal co-worker and Gough as Wendy, resentful of the fact that she is forever linked to the child like Donnie as a result of a drunken one night stand ten years earlier.

The title of the film Steel Country evokes the world of the Pennsylvania working class as shown in The Deer Hunter (1978).   But this is a more rural and often beautiful environment as shown through the lens of cinematographer Marcel Zyskind, which contrasts with the darkness at the film’s heart.   The film’s other title gives a better impression of what it is about – a dark place in the human soul. 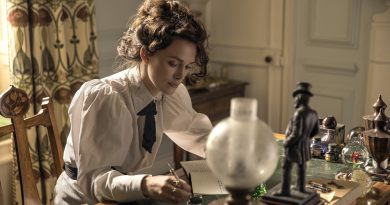 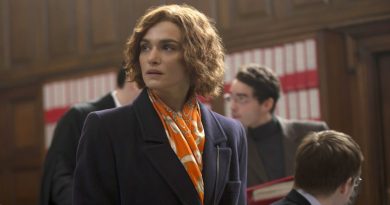