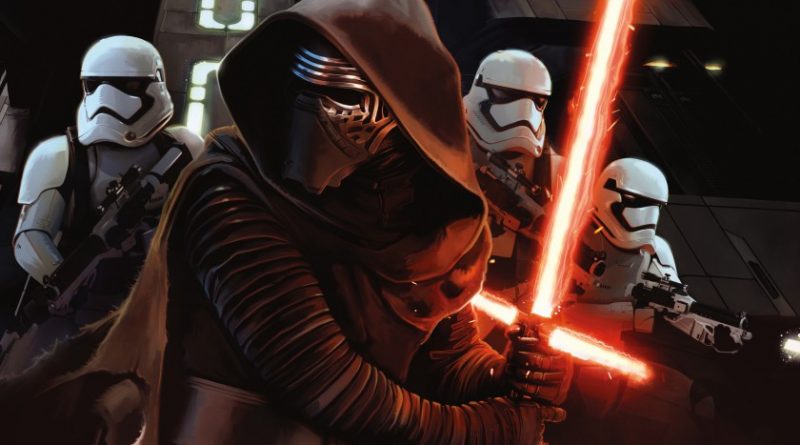 Some films come with hype, some come with trepidation, and those rare few come with a mixture of the two. Star Wars started back in 1977 when George Lucas unexpectedly (to both he and the cast and crew) helmed what would become the first film of a juggernaut franchise. Star Wars changed the way movies are sold and how they can create a culture.

Followed by Irvin Kershner’s classic sequel The Empire Strikes Back and Richard Marquand’s Return of the Jedi, what would later be called ‘The Original Trilogy’ influenced a generation of moviegoers. And since then the fandom of Star Wars has only grown, with mass merchandise, fan conventions and Lucas’ Prequel Trilogy.

However after a few years of believing Star Wars would live on only through TV and spin-offs, the acquisition of Lucasfilm by Disney in 2012 and corresponding announcement of Episodes VII, VIII and IX left people both excited and nervous. The man tasked with this hugely awaited first project would be J. J. Abrams, fresh from a controversial directorial stint in the Star Trek franchise. So Star Wars may be back, but is the magic? Does the bold move of following the original trilogy pay off? Does J. J. do it? In a word, yes. In two, hell yes.

Warning, here be plot details but worry not, we will stay as vague as possible (no spoilers here). Star Wars: The Force Awakens is set 30 years later and sees Luke Skywalker (Mark Hamill) missing but ace resistance pilot Poe Dameron (Oscar Isaac) has plans pertaining to his whereabouts. And when the evil First Order, led by Kylo Ren (Adam Driver) comes calling, Poe hides said plans on his loyal droid companion BB-8. As BB-8 flees with the information he runs into Rey (Daisy Ridley), a scavenger and the two soon find themselves embroiled in an epic adventure alongside former First Order stormtrooper Finn (Jason Boyega). The film may well be accused of straying too close to the plot of A New Hope or indeed fan service but in actuality The Force Awakens marries old and new to tremendous effect.

The script by Abrams, Michael Arndt and returning original trilogy writer Lawrence Kasdan, utilise the franchises past events, characters and essence as a way of preparing new and old audiences alike for an exciting new generation of Star Wars. Humour, emotion and thrills punctuate a grand adventure that, much like Abrams direction, veers along at a fantastic pace and keeps you wholly absorbed from start to finish. The Force Awakens continues the traditional Star Wars ideal of ‘good vs. Evil’ to balance the force but in its own right is a progressive step for the franchise – and with a stronger racial and gender presence than ever. The Force Awakens often requires the odd moment to adjust and realise that you are watching a Star Wars film and while the onscreen events are somehow both the Star Wars we all know and the Star Wars we don’t, the ultimate conclusion is that this is a Star Wars we can all love.

The biggest selling point may have been the nostalgia value – but there is way more to the film than just a get together for the iconic stars of the originals. That said, seeing Mark Hamill, Carrie Fisher, Peter Mayhew and Anthony Daniels occupying the roles they made legendary is an absolute blast and they all fit right back in beautifully. Of the original stars perhaps the biggest mark is left by Harrison Ford who, as the gun-slinging Han Solo, is the same guy we all fell in love with back in Mos Eisley cantina, yet his Solo has evolved as a character and Ford is superb at portraying that.

Then there are the fresh faces of the cast who all do a terrific job. Daisy Ridley is a revelation and as Rey she is likable, interesting and a very strong role model that strikes an immediate chemistry with all her co-stars. Jason Boyega, as Finn, shows his range and is genuinely hilarious at times and emotionally believable at others. Then you have the adorable and superbly designed droid BB-8, who takes R2-D2’s duty (of being the lead droid star) with real panache. All the cast do a great job but a real highlight is Adam Driver’s villain Kylo Ren. Ren is a borderline psychotic and obsessed presence and one of this film’s real runaway successes; in fact he is the best villain this year.

Be it the ever-excellent John Williams score or Dan Mindel’s gorgeous cinematography – possibly the best the franchise has ever produced – The Force Awakens is a real cinematic event. Compelling, rewarding and even exhausting, the immersion is strong. Abrams and his crew have accomplished the near impossible of delivering on the Death Star-sized expectations. The Force Awakens embraces everything, including the flaws, that we have always known and loved about this series. This film is chock full of joys, both old and new, and prepares us for some very exciting times ahead. The Force is strong with this one, from the opening crawl, to the heart racing battle set-pieces, to the hair-raisingly wonderful closing shot. “Chewie, we’re home”, says Han at one point… you certainly are boys, you certainly are!