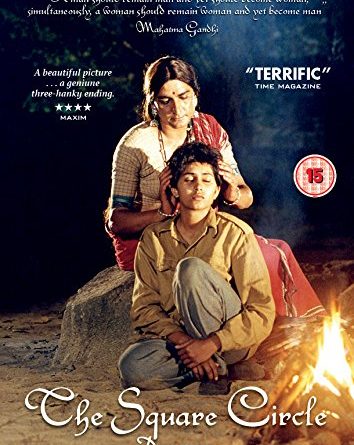 In his famous collection of manuscripts, titled The Red Book, Swiss psychologist C.G. Jung observes that for a man ‘the acceptance of femininity leads to completion’. He goes on to say that ‘the same is valid for the woman who accepts her masculinity.’ These very same philosophical ruminations pervade the leading characters and their actions in Amol Palekar’s unconventional love story set in rural India.

A village girl (Sonali Kulkarni) is kidnapped on the eve of her wedding to be sold into prostitution. She manages to flee her heartless abductors but suddenly finds herself lost and alone on the road – not a safe position for a woman in a traditionally and strictly patriarchal society such as hers. She meets a transvestite performer (Nirmal Pandey) in whom she soon finds solace but not before she is brutally raped by some bike-riding youths.  The folk singer takes the girl under ‘her’ wings but when they return to the girl’s home, the whole village ostracises them including the girl’s husband-to-be and her best friend. The transvestite persuades the girl to hide by dressing up as a young man. Now, being both outcasts and disguised as their opposite sex, they embark on a journey of self-discovery and enlightenment and find the kind of love that transcends gender stereotypes.

Classically trained theatre actor and handsome male lead of such acclaimed movies as The Bandit Queen, Pandey strikes a great presence as a cross-dresser even on those few occasions when his mannerisms and eyelash-fluttering dangerously come close to being slightly farcical. However, the combination of his charisma and emotional depth saves him all the way to the end. (Sadly, Pandey died of a heart attack in 2010, aged just 47). Even more astonishing is Kulkarni’s transformation into a baby-faced young man with a moustache, wearing a slightly oversized shirt. Her performance is totally natural and intense without even a hint of caricature or pretence. There are moments when one tends to forget that she is a girl. Now, as a ‘man’ she can be free and get away with things she could not even dream of as a woman. She can drink alcohol and get drunk without anyone frowning upon her, she can get a job in a garage, a male dominated world a woman has no entry to, and she becomes the object of desire of the landlady who accommodates them. Wherever she goes, she is treated with respect, as well as her companion, the cross-dresser, neither male nor female, who occupies a special place in Indian society: ‘I’m a miracle of nature’ he tells the girl at their first encounter.

Amol Palekar’s background as an artistic painter, his attraction to the vast Indian countryside is evident in the cinematography. The film was shot in breathtakingly beautiful Orissa, in Eastern India. Palekar chose the location because ‘given the male character’s background, Orissa has traditional folk forms where males play female roles and I wanted absolute authenticity in the film. Besides, The Square Circle is a journey film, locations play a very important role.’ Bombay-born actor-director, Palekar (Gol Maal, Ankahee, Paheli) is drawn to dramatic stories and female characters, and the use of song and music in the Indian theatrical tradition (he started Marathi experimental theatre with Satyadev Dubey, later forming his own group).

The Square Circle explores serious issues: women’s place in Indian society (especially in rural areas), their confinement and oppression, male-female relationships, gender stereotypes; while still remaining offbeat and entertaining. It is drama with a lower budget but high entertainment value; creatively high standard without being artsy; a tragic love story peppered with comic moments (Madonna’s Open Your Heart blears out from the speeding car of the kidnappers from which the terrified Kulkarni hides away at the roadside, or the frustrated widow lusting after Kulkarni’s young gentleman).

It is a truly enjoyable film, which makes one both smile on occasions but also think seriously about social issues as well as marvel at spiritual love between two abandoned souls. A non-conventional or perhaps even controversial movie, it stands in stark contrast to the endless lines of cheesy and predictable fairytales churned out in Bollywood but then Palekar likes to enter uncharted waters others might fear to tread. As Pandey once said in an interview: ‘The experience of being a woman for the film has given me a completely new perspective…I respect women much more now.’ Maybe more men should now and then inhabit a woman’s body for a little initiation.

After its original release at festivals in 1996, to great acclaim, and an 8-week run in London’s West End, it now receives its first, well-deserved HD DVD version by Blue Dolphin. Unfortunately, there are no DVD extras.

The Square Circle is out on DVD on 20 April.