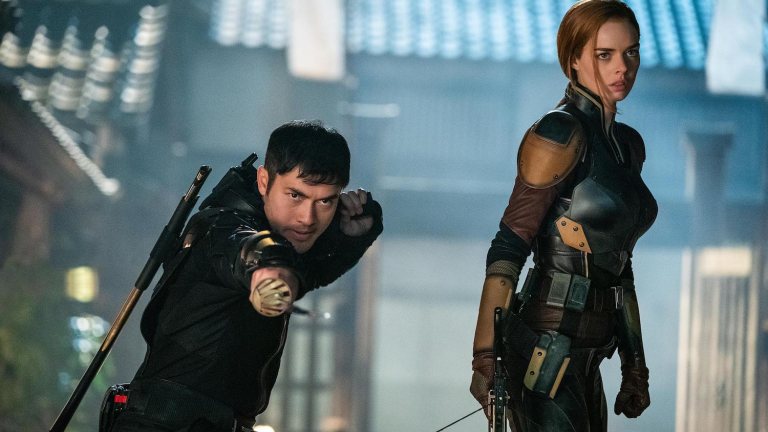 This is the back story of one of the characters in the “GI Joe” comic, toy and movie franchise.

We first meet Snake Eyes as a small boy (Max Archibald), who witnesses his father being murdered by a group of unknown assassins.  We then cut to adult Snake Eyes (Henry Golding), now earning his crust as a vicious cage fighter.  He is persuaded to join a gang of hoods with the promise of finding out who murdered his father.  But when he saves the life of Tommy (Andrew Koji) who turns out to be the heir to a Japanese ninja clan, the Arashikage, Tommy takes him to Japan to undergo the Three Challenges which will make him a full clan member.

Considering the somewhat production line franchise inspiration for the story, it is not without a certain originality.  And there are some very pretty shots of Japan.

The astonishingly handsome Golding is a good actor and the rising star of movies such as Monsooon, A Simple Favour and Crazy Rich Asians. Displaying a nicely judged bit of designer stubble here, he brings some interest to this comic book character and embraces the action sequences with enthusiasm.

Action indeed which is almost relentlessly non stop.  Fights of course with guns and swords and hand to hand.  There is also a jewel, which is actually a lethal death ray, car chases, and an interesting sequence involving a snake pit full of very self satisfied looking giant anacondas.

Haruka Abe, a very pretty actress sporting a somewhat eccentric hair do, plays Akiko, advisor to the clan, who is very wary of the new arrival, for good reason, as it turns out.    “We listen but don’t always take her advice”, says Tommy airily.  Foolish fellow.

If you like comic book non stop action this may well prove an entertaining two hours, though it’s actually pretty exhausting.

Golding is an actor I admire but having had his fun in this, I hope he’s now going to return to more interesting movies and not be tempted to become a regular team member of the GI Joe franchise.

One character I wouldn’t mind seeing more of though is Sen (Eri Ishida), Tommy’s grandmother, who is in charge of the clan until Tommy’s ready to take over.  For most of the film she is stern and dignified but when the action gets really hot, even when wearing a kimono, she may be a senior but that lady can sure kick ass with the rest of them. 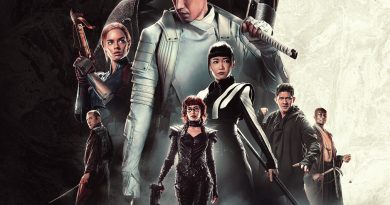 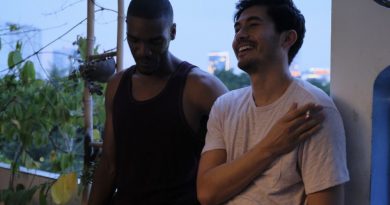