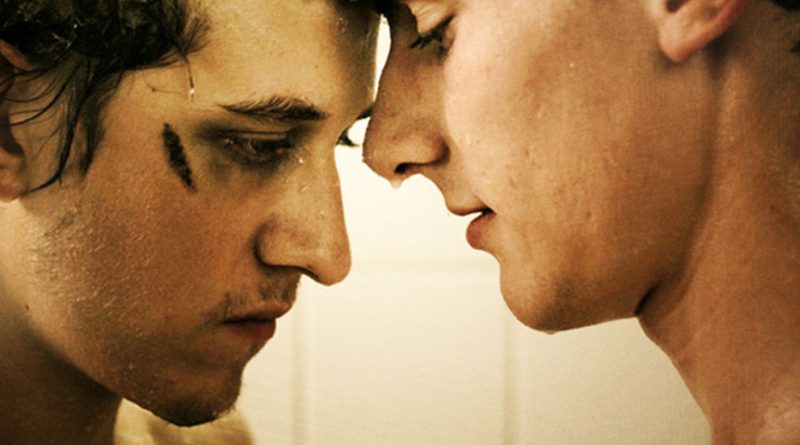 A coming-out film without all of the dramatics, the plot of Silent Youth remains very straightforward. Marlo (Bruchmann) is visiting Berlin when, through a chance encounter, he meets Kirill (Mattes) a hooded stranger.

Silent Youth is largely character driven, devoid of dialog as a dramatic device. The film is so carful in its approach to the way its central characters communicate, that it makes you wonder whether much of the film is improvised. Questions go unanswered and words are softly spoken as the film centers around the initial stages of blossoming love between two fragile young men who seem to be for the fist time exploring their sexuality to the fullest extent.

Silent Youth is not a film for everyone. Boasting a raw aesthetic style with minimal action and largely irrelevant topics of conversation, the film largely remains observational and mundane in its approach, all under the careful watch of its eccentric director who has fabricated a unrushed film to perfection.

Like love, everything within the film is fragile as Kemmesies creates abundances of tension through simply allowing these men to be. Silent Youth is therefore much more than a gay love story, although this drives the narrative. Instead, the film explores feelings of solitude and the necessity of love no matter what form it takes.

In many ways the film can be read as a reflection on society, but this does little to explain the central relationship of the film and instead is better read from the view of this love story being a common story of love and life, even in the shortest instances.

Both men are wanderers, but what are they searching for? Both somber and quiet, the camera lingers for what feels like too long on the pair who rather awkwardly coexist with one another. Both remain near enough constantly in frame as the film is about the two men as a pair. Initially, it is Marlo who we see endlessly wandering forlorn through the city, which is soon replaced with the pair of them doing the same for the rest of the film.

Both Marlo and Kirill are unknowable characters but this makes the film a more interesting character study. Throughout we find out a select few things about Kirill, and less about Marlo; Kirill has a child who he never sees, was recently beaten up, has a non-existent relationship with his father and absolutely loves Nutella. Marlo on the other hand just remains a blank canvas, spending much of his time getting Kirill to open up.

There are many questions about Kirill’s character that also remain unanswered.  For example, the question of whether he is actually gay – as he lies continually, avoiding any questions concerning his sexuality. We also see the growing frustrations of Marlo who, for a large part of the film, fails to achieve any definitive signs from Kirill that he reciprocates his affection; Kirill remaining largely unresponsive to any and all lines of questioning which no explanation as to why. Culminating in probably the most impassioned action scene within the film’s 75 minutes, Silent Youth really does everything at its own pace.

It becomes clear that the film is about what is not being said between the couple, as much as what they seldom grant each other in the way of light conversation. With long pauses in and between dialogue, it is clear that speaking takes a back seat within the film.

The film is both melancholic and poetic in its description of the two men. A perfect example of unintentional realist cinema, the film observes the mundanity of life in expert fashion to create an intense cinematic experience. Devoid of any glitz and glamour, it still remains mesmerizing to watch.

The real power of the film is in the appeal to the audience who identify with the normalness of the situation as they navigate their first steps into a possible relationship. For instance the shower scene which is the first time the men openly touch one another, shampooing each other’s hair; their touching remains restricted, almost awkward as they attempt to gauge each other. Throughout, the pair sneak stolen glances, and there is no denying there is chemistry between them. However the problem is that neither of them dares to take the first step, largely failing to connect throughout most of the film. However, the ending to Silent Youth is inspired; as the pair return to Kirill’s digs and for the first time finally manage to form a tangible connection, it is clear that the film does better when it utilizes gesture and emotion.

The sound of silence is made deafening throughout the film. As there is an absence of music throughout, the film largely aligns the audience with its central characters who like us, do not really know what is going on or what is to come. The grey Berlin landscape, coupled with handheld camera cinematography makes for a very personal approach to this love story.

What really pulls the film together is the solid acting, the remarkable script that creates a film which does what it says on the tin. It is not an awards contender, but there is a charm in its simplicity and honesty that is sure to touch its target audience. The film succeeds in charting the internal landscapes of the two main characters, as throughout the audience continually wonders what the men might be thinking about, or how they feel.

Oh, and of course Silent Youth is a silent story that expounds the delicacy of language, focusing on the moments one tends to quickly forget: the first approach and the not knowing what to say.

Silent Youth is out on demand and on DVD on 27 April. 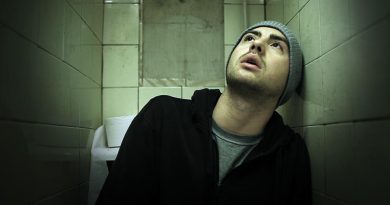