After the success of 2011’s Gnomeo & Juliet, a story based on Shakespeare’s Romeo and Juliet tale (without the death ending), the garden gnomes and their somewhat odd family return for another adventure in this sequel, Sherlock Gnomes, this time looking to Sir Arthur Conan Doyle for inspiration.

As the story opens (literally a book is opened), several small gnomes begin discussing what tale should be told next. Should it be Twilight Gnome? Game of Gnomes? or have the presence of Elton Gnome? They decide upon Sherlock Gnomes and the scene is set. After moving into a new home in bustling London and a new untidy garden, Gnomeo (McAvoy) and Juliet (Blunt) are named as the leaders of this new garden by their parents, Lord Redbrick (Caine) and Lady Bluebury (Smith). At first everything appears dandy, plans are being made about flowers and the other gnomes are simply living life in the sun and having a lovely time. However, with all the preparations going on, it appears there may be a rift about to overcome Gnomeo and Juliet and their budding romance may have a kink or two that needs weeding out.

When gnomes across London, including those in the garden of Gnomeo and Juliet are kidnapped, along comes Sherlock Gnomes (Depp) and his assistant Watson (Ejiofor), sworn protectors of London’s garden gnomes. Their aim is to save the day and investigate these mysterious disappearances. However, it appears there is a long time feud with a pie by the name of Moriarty that may be behind the kidnappings and it is up to Sherlock and his right hand man Watson (along with Gnomeo and Juliet of course) to solve the riddles and lead them to save the London gnomes.

Just as the way its predecessor focused on the Shakespeare tale of Romeo and Juliet and replayed it to some extent with gnomes, this story focuses on the tale of Sherlock and Watson, their nemesis Moriarty, as well as on old love interest Irene Adler (Mary J. Blige). There are some comical moments in this movie; such as when Sherlock and Juliet disguise themselves as a squirrel, Watson calling out “Gnomeo, Gnomeo where for art thou Gnomeo” in the museum or the toilet sitting and bathing suit Gnomes in general. Add to this adventure countless pop songs, with the majority of course by none other than Sir Elton John and you have a lively movie. One intriguing aspect is when the movie shows a few black-and-white visions when Sherlock is thinking and contemplating. This creates a slightly different perspective on Sherlock’s personality and frame of mind. Be on the lookout as the movie draws to a close as there is twist upon twist to the plot of this film, is the bad guy really a bad guy, or a bad pie?

One of the saddening things about this movie was that there were elements of the trailer, the funny aspects that had you wanting to see the movie in the first place, missing from the movie itself. A small broken gnome shouting “what the fertiliser”, a beach ready gnome in the Jacuzzi and twerking gnomes…where were these in the movie as they are what kick started children to demand to want to see it and adults being able to have a few hidden laughs.

Although this story may not be as adventurous or engaging as one may have hoped, Sherlock Gnomes is a sweet natured movie that may not float the boat of the majority of adults but children will love the ching-a-ling of the gnomes as they move and show off their individual characteristics throughout this story. 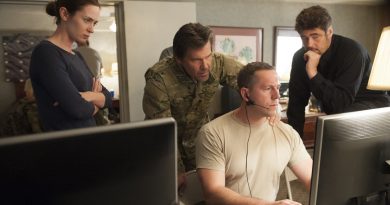