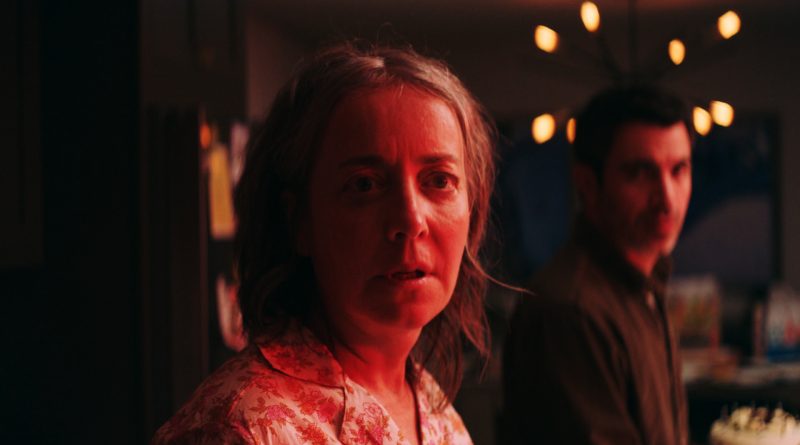 A thoughtful, teasing indie drama that explores current anxieties and the big questions and fears inherent in life.

In a much more disturbed state than Amy, Jane rushes over to her brother’s house to tell him. His wife is having her birthday party, and pretty soon each of the guests is convinced that, yes, you guessed it, they are going to die tomorrow.

Actor-writer-director Seimetz (Pet Sematary) has crafted a movie with a kooky Southern California vibe and laidback pacing that you can really immerse yourself in. The tone is interesting because it doesn’t so much ooze anxiety as a stunned response to it. The medication has kicked in.

At one point, a prolonged discussion about the nature of knowledge threatens to break out, but that is thankfully knocked on the head. Instead we have a woozy but on-edge trawl through the mindsets of a small collection of arty types who, for, probably the first time, have certainty in their lives. And find it overwhelming.

As well as the intimate feel to the film, it is noteworthy for some abrupt cuts that keep the audience on their toes.

The epiphanies are presented as strobing, multi-coloured light that might upset some people. The lights give the film a retro, cult sci-fi feel that it doesn’t otherwise warrant.

Both Sheil and Adams put in striking performances: Sheil as the dreamer interacting with her sleepwalking world; Adams as the stunned neurotic who seems to walk on broken glass through life.

There are cameos from Michelle Rodriguez (The Fast and the Furious) and Adam Wingard (director, You’re Next, The Guest).

She Dies Tomorrow is out on Curzon Home Cinema, BFI Player and digital download from 28 August.