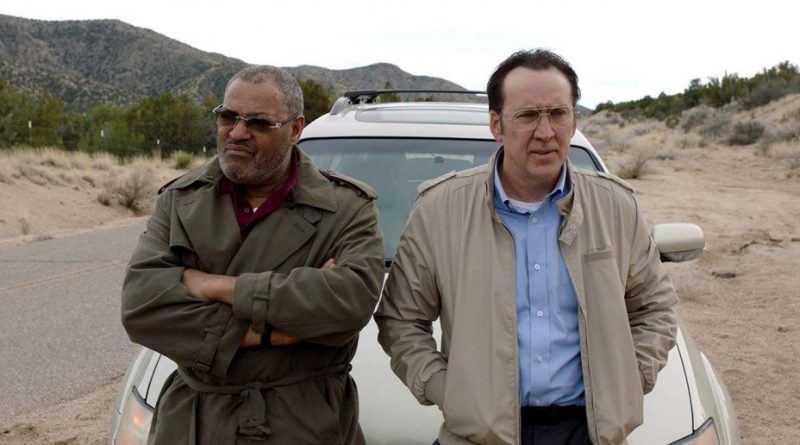 Running with the Devil stars the incredible Nicolas Cage and Laurence Fishburne, and is a volatile drug thriller that explores two sides of the spectrum; the manner in which the drugs travel from their origins to their home base and a detective that is on a path to find where this killer mix of Cocaine is originating.

When a recent shipment of cocaine appears to have been mishandled, the Cartel’s Boss orders an audit of the journey his supply makes and the way it is handled at each stage to find whereabouts his product is being tampered with. Working on the other side, is The Agent in Charge (Bibb) who has been trailing the whereabouts of the Cocaine and trying to piece together how something so deadly, having killed numerous people, is still on the streets.

In Jason Cabell’s directorial debut, the narrative is quite segmented at the start and finish. The story is split into several different individuals’ lives from drug dealers, to Cartel, cops to a masked man being killed – none of which can identify the others by name. As the movie progresses, each segment of the story comes together to form the larger picture. Towards the end, the story fragments once more to reveal what happens to each of the characters. This manner in which the story is told makes for some interested viewing and although it takes a while to piece together the puzzle, it is worth it to see how things work out at the end.

Background music plays a large role in the movie as there are scenes where there are very few verbal commands or dialogue and much of the suspense is supplied through the music. Head signals between drug suspects, a nod here and look of the eye there are all that is needed to convey a message.

Cage is dressed as a regular guy, acts like a regular guy and it is quite unbelievable to see him as a drug dealer’s right hand man. When he uses phrases such as “quality control” and “administration purposes” it shows his dedication for his job and that he is thinking about this as a profession rather than an illegal way of life. Fishburne plays a believable drug addict / family man in a role that seems suitable for him.

It is remarkable to see the time and effort that individuals go to for illegal drugs to be smuggled into the country. This is a topic that has much more on the inside that you may originally see and this movie explains such a process in depth.