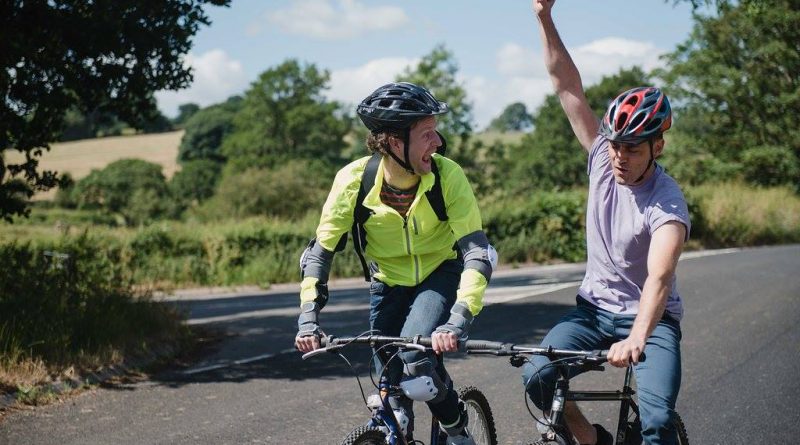 A film about cancer sufferers doesn’t sound very jolly, but, in fact, this film has a lot of light moments. It is a comedy – of sorts – about two lads, Mark (Matthew McNulty) and Ben (Andrew Gower), who bond together as teenagers while they are undergoing treatment for leukemia in hospital. They enjoy playing tricks and one of these is to run naked around the hospital corridors until they are caught by hospital staff and escorted back to their ward!

We then move forward 20 years and the boys are young men leading very different lives. Mark is a successful doctor who, surprisingly, works with cancer patients in the same hospital where he was treated. Scared of the future he is unable to form a permanent relationship with a woman although he is obviously really keen on a doctor colleague, Jade (Rakhee Thakrar).

Ben, on the other hand, is scared of everything. Suffering from OCD (Obsessive Compulsive Disorder), he is afraid of almost everything that an active life offers. He is in a job without prospects, working in a basement with colleagues who virtually ignore him. Although seeing Ben constantly using hand sanitizer and wiping everything down all the time hardly seems unusual these days!

Less cringey than some American movies with similar themes, this film is a very English look at young cancer sufferers. Filmed in Stoke-on-Trent, Manchester and Wolverhampton, Running Naked is a little drama mixing comedy and tragedy in a good blend of emotional reality. With two sensitive performances by McNulty and Gower and backed up by the other actors, it is always moving. The film is written by Victor Buhler, Jennifer Knowles and Michael Konwles, using Jennifer’s personal experiences of having cancer to give us this absorbing story. Sensitively directed by Victor Buhler, it is a simple – as in easy – little film and worth a watch.

Available from 8 February on digital formats.