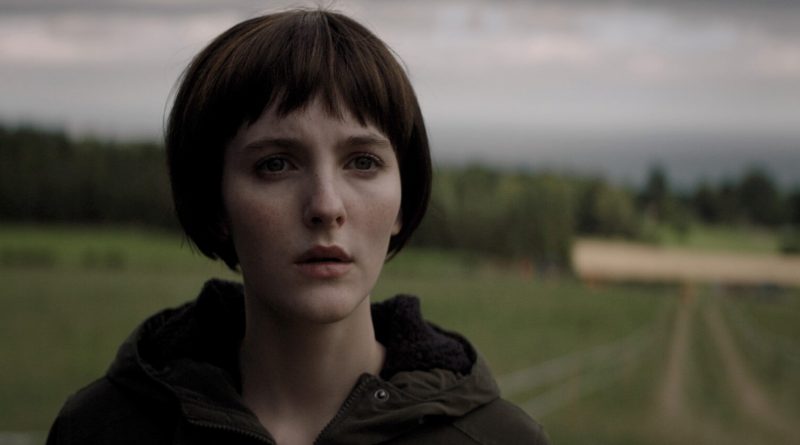 Joint writer/director team Christine Molloy and Joe Lawlor have come up with a strong story idea here, which deals with adoption, the nature of identity and sexual violence.

Rose (Ann Skelly) is a student vet at university in Ireland.  She was adopted as a baby and after a long search has finally found a name and a telephone number for her birth mother.  When she finally plucks up the courage to make the phone call, her birth mother Ellen (Orla Brady) wants nothing to do with her.  Undeterred Rose travels to London to Ellen’s home to confront her, where she discovers the shocking truth behind the circumstances of her birth.

So a potentially strongly dramatic film.   But Molloy and Lawlor have chosen to tell it in a rather elliptical manner, avoiding or leaving out many of the possible dramatic moments of confrontation in favour of good looking but somewhat puzzling shots of the countryside and such, all of which makes it sometimes difficult to follow.   For example Rose never directly says to Ellen, “I am the daughter you gave up for adoption”, so without reading a review, it might be some considerable time before you worked that out for yourself.

Although we are led to assume that Rosie has enjoyed a happy upbringing with her adoptive parents, we learn next to nothing about them and therefore where Rosie is coming from, when she beings her search.  There is also a visually recurring metaphor about euthanasia, which is tied to the fact that Rosie is a veterinary student, and whose significance is more than somewhat obscure

However having voiced those reservations, what the film does have going for it is three very strong leading performances, which keep you gripped.   As Rose, Ann Skelly is called on to do a lot of melancholy staring into the distance but when she gets the chance to interact with her fellow actors, she rises well to the occasion.   Orla Brady gives a strong performance as her birth mother Ellen, while Aidan Gillen is perfectly cast as Peter, the archaeologist who turns out to be her father, whose initial natural charm conceals a frightening violence and ruthlessness.