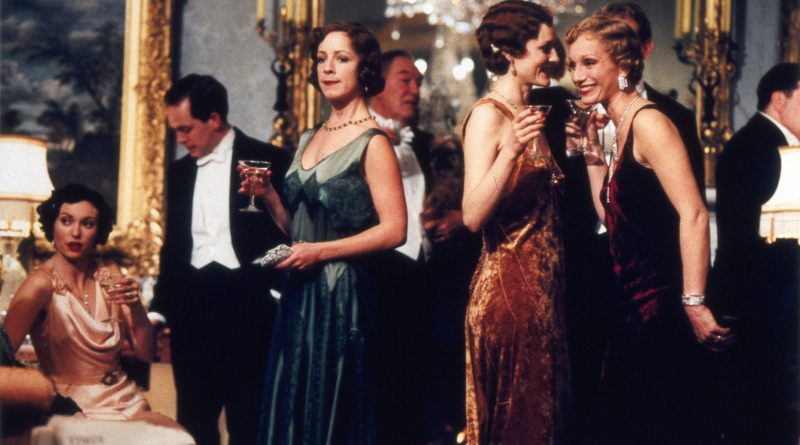 The BFI have announced full details of a major retrospective dedicated to one of the most distinctive and audacious American filmmakers of his time, ROBERT ALTMAN, running at BFI Southbank from 17 May – 31 July, including a BFI Distribution re-release of NASHVILLE (1975), in selected cinemas UK-wide from 25 June. Programmed chronologically, this major retrospective, ROBERT ALTMAN: AMERICAN OUTSIDER, will feature screenings of 34 films from Altman’s remarkable career, spanning five decades. Titles will include Altman’s first major hit, the anarchic black comedy M*A*S*H (1970), his update of Chandler’s classic detective novel THE LONG GOODBYE (1973), the magnificent musical version of POPEYE (1980), the acerbically funny portrait of modern Hollywood THE PLAYER (1992), his foray into British aristocracy GOSFORD PARK (2001), and many more.

Robert Altman’s masterpiece NASHVILLE (1975), set in country music’s capital as America approached its bicentennial, is re-released by the BFI in selected cinemas across the UK from 25 June in a glorious 4K restoration. A magnum opus offering a sceptical commentary on modern America, NASHVILLE follows a host of colourful characters – musicians, agents, fans, journalists, politicians, locals – over a five-day period in the city’s musical calendar. The narrative, seemingly as chaotic as reality, is supremely subtle and complex in its interweaving of events, relationships, themes and moods; the tone is at once affectionate and scathing; the songs are musically spot-on; the film’s sheer scale, ambition, wit and intelligence are exhilarating. Beautifully performed by an ensemble case including Lily Tomlin, Ned Beatty, Keith Carradine, Geraldine Chaplin and Shelley Duval, it’s one of the greatest films of the last 50 years – and one that could probably not get made now.

In addition to screenings at BFI Southbank and the UK-wide re-release of NASHVILLE, the BFI will continue to programme online events for audiences wherever they are. The Altman season will feature two illustrated talks held online – ROBERT ALTMAN, OUTSIDER AND INNOVATOR (24 May), in which season programmer Geoff Andrew explores his stylistic trademarks and thematic preoccupations and WOMEN IN THE FILMS OF ROBERT ALTMAN (17 June), where a panel of guests will discuss how the filmmaker explored women’s experiences in intimate, female-focused films.

Altman repeatedly proved himself an influential innovator, experimenting with multitrack sound, overlapping dialogue, complex camera movements, freewheeling narratives and large casts of actors, many of whom he would work with multiple times (such as Shelley Duvall, Lily Tomlin, Elliott Gould, Paul Dooley and more). He was also a canny critic of American society and the myths that country perpetrated through movies. Using irreverent humour and focusing sympathetically – but never sentimentally – on losers and loners, he overturned the conventions of genre, revealing a culture obsessed with money, celebrity and power. Independent and iconoclastic, Altman continued to make fresh, intelligent, thought-provoking films throughout his fifty years in the industry; ROBERT ALTMAN: AMERICAN OUTSIDER will offer audiences the chance to revisit classics, or discover the work of this true original for the first time, on the big screen.

–          The decidedly poetic documentary THE JAMES DEAN STORY (1957) about the star and cult hero made not long after his death, co-directed by George W George.

–          Altman’s first ‘personal’ feature, THAT COLD DAY IN THE PARK (1969), in which a lonely woman invites home a mute young dropout she notices on a park bench, with unsettling consequences.

–          An imaginative blend of fantasy, allegory, satire and movie parody, BREWSTER MCCLOUD (1970) is set in Houston and concerns a latter-day Icarus, building wings and learning to fly, while a vain cop investigates strange murders in the city, and an eccentric lectures on bird behaviour.

–          The wintry western MCCABE & MRS MILLER (1971) follows the title characters, played by Warren Beatty and Julie Christie, as they team up to open a brothel-bar-casino in a remote mining community.

–          Altman’s updating of Raymond Chandler’s classic detective novel THE LONG GOODBYE (1973) to 70s LA makes for one of his very greatest movies, packed with pithy cinematic and literary allusions and gags, with a uniformly excellent cast, led by Elliot Gould as Detective Marlowe.

–          A bitter-sweet look at the highs and lows of gambling, CALIFORNIA SPLIT (1974) follows two friends (Elliott Gould and George Segal) on a series of funny, frustrating casino sprees in LA and Reno. The narrative is like a jazz improvisation, all texture, mood and unexpected tonal shifts.

–          Altman’s magnum opus NASHVILLE (1975), set in the country music capital, is a witty, illuminating and exhilarating portrait of modern America; re-released by the BFI in selected cinemas UK-wide on 25 June in a glorious 4K restoration.

–          BUFFALO BILL AND THE INDIANS, OR SITTING BULL’S HISTORY LESSON (1976) is a corrosive comedy about Buffalo Bill’s travelling Wild West show that is a timely reminder that white America has long peddled delusional myths about itself.

–          There is intrigue and scandal galore in A WEDDING (1978), a comedy about two dissimilar ‘society’ families coming together, featuring stars such as Vittorio Gassman, Carol Burnett, Paul Dooley, Geraldine Chaplin and Lillian Gish.

–          The American (political) way is satirised in Altman’s ensemble piece HEALTH (1980), about a Florida health-foods convention.

–          COME BACK TO THE 5 & DIME, JIMMY DEAN, JIMMY DEAN (1982) is an adaptation of Ed Graczyk’s play about a group of women gathering for a James Dean fan club reunion where disappointments, delusions and prejudices are uncovered by the arrival of a stranger.

–          Altman’s taut, claustrophobically intense adaptation of David Rabe’s play STREAMERS (1982) about tensions arising among US army recruits waiting to be sent to Vietnam – benefits from beautifully nuanced performances by an unfamiliar cast, including a young Matthew Modine.

–          The riveting FOOL FOR LOVE (1985) charts the fraught encounter between a rodeo drifter and his former lover at a Mojave Desert motel.

–          A bold, brash but touching comedy about the trials and tribulations of modern love, BEYOND THERAPY (1986) feature a gallery of colourful New York archetypes played by stars such as Jeff Goldblum, Julie Hagerty, Glenda Jackson and Christopher Guest.

–          VINCENT AND THEO (1990), Altman’s impressive account of Van Gogh’s final years, compares and contrasts his life with that of his art-dealer brother.

–          THE PLAYER (1992) is the tale of a paranoid studio executive (Tim Robbins), haunted first by hate-mail then by anxiety that discovery of a crime might ruin his career. A wonderfully acerbic portrait of Tinseltown in all its moral, intellectual and creative vacuity.

–          With a characteristically amazing cast, including Sophia Loren, Marcello Mastroianni, Julia Robert and Kim Basinger, PRÊT-À-PORTER (1994) is a multi-character satire set during Paris Fashion Week, revolving around the investigation of a mysterious death.

–          Based on an unpublished John Grisham novel, THE GINGERBREAD MAN (1997)starsKenneth Branagh as a hotshot lawyer hitting tempestuous waters after he takes on a waitress’ case.

–          COOKIE’S FORTUNE (1999) is a gentle, surprisingly affecting black comedy of Deep Southern manners, about an eccentric Mississippi dowager’s African American caretaker and companion who is arrested for her murder – even though everyone in town, cops included, believes him innocent – thanks to the conniving lies of the dead woman’s niece.

–          The bright, breezy comedy DR T & THE WOMEN (2000) finds a successful Dallas gynaecologist, played by Richard Gere, plunged into chaos as he tries to satisfy all the demands made of him by the many women in his life.

–          Scripted by Julian Fellowes, GOSFORD PARK (2001) is a triumphant foray into the world of the British aristocracy of the early 1930s that combines social comment, satirical comedy and a murder mystery to dazzling effect.

–          THE COMPANY (2003) is a near plotless, almost documentary-style account of the creation of a ballet production, and one of the great dance movies. 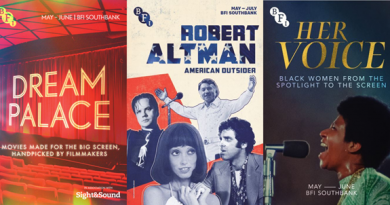 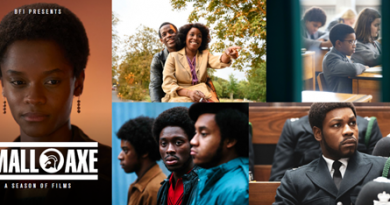 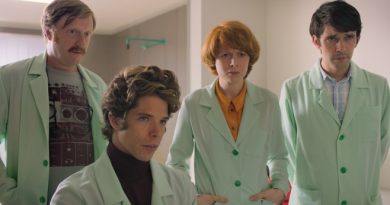