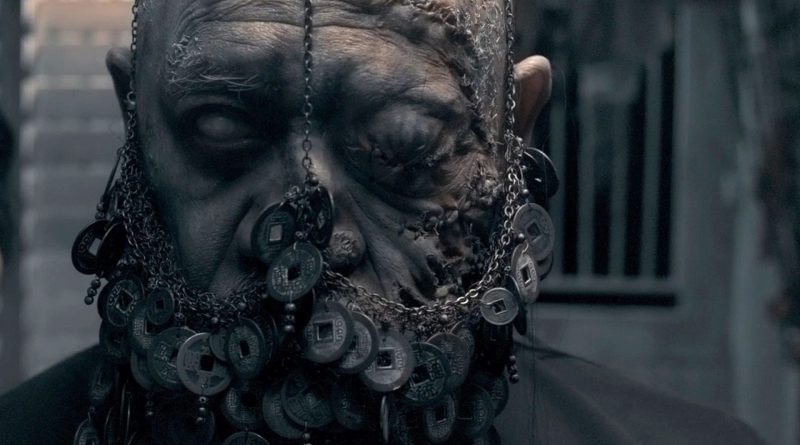 Rigor Mortis begins with a corpse. A woman slain, as the remnants of her struggle appear scattered across the scene. The film opens with this very candid comment from the film’s principal character, a washed-up actor who is tired of smiling, and even more tired of life.

Rigor Mortis pays homage to the classic Chinese vampire movies of the 80s.

The debut feature from writer-producer-director Juno Mak, the film centers on the mysterious going-ons in room 2442 in a Chinese apartment block, as things go quickly from bad to worse. What becomes clear is that no one is who they appear to be as the entire block contains its fair share of secrets.

It should not be denied that Rigor Mortis is eerie, chilling and extremely dark; however it is far from scary. Ram packed with top-notch fight scenes and competent special effects that work well to portray the film’s ghostly slayings, the film fails to scare or excite. However, this is not to say that the film doesn’t keep you on your toes with all manner of ritualistic concepts and lurid backstories.

The film’s grey aesthetic is maintained throughout, as audiences are witness to all manor of strange happenings, as it is soon revealed that the block’s occupants are not only fully aware of what is happening, but manipulate for their own ends all manner of entities from the living to the undead, which include ghosts, vampires and zombies.

Initially, Rigor Mortis follows the attempted suicide of a depressed actor (Chin Siu-Ho) who tries to kill himself in room 2442 after the separation from his wife and son becomes too much to bear. However, from this point on the film quickly moves to retell the individual stories of a number of the tower’s residents as it quickly appears each apartment has its own set of problems, becoming the backdrop for all manner of otherworldly issues. This includes, Yau the Taoist master-exorcist (Anthony Chan), Yeung Feng, a traumatised housewife with a tragic past (Kara Hui), her son Pak (Morris Ho) and a warm-hearted old woman Mui (Pee Hee-Ching).
Sui-Ho is given a zest for life once more, as he and neighbour Yau fight for their lives against a vicious vampire with unsettled business.

In many ways Rigor Mortis is a redemption story…

Initially, it is clear that Siu-Ho’s character no longer wants to live. However Rigor Mortis is also, in part, about Mui’s growing disillusionment after her husband’s death, whose impatience leads her down a blood ridden path of reincarnation as she pulls a number of occupants into her plans, including Feng’s innocent young son Pak.

Moving what feels too quickly back and forth between possession and ritualism, Rigor Mortis, which in its literal sense references the stiffness of joints and muscles of a body a few hours after death then evolves into a concentrated study of Black Magic and Vampirism, as all of the block inhabitants are caught up in the film’s lurid scandal.

With abundances of gratuitous violence and well-designed special effects, it cannot be denied that visually the film is well realised. However, when watching the film it comes across as over complicated, as the film bounces between a number of subjects, stories and characters, Mak throwing scenario after scenario into what becomes considerably hard to grasp by the film’s end. The fight scenes are very well choreographed, as characters leap and rebound off all manner of surfaces and blood saturates the screen.

As Rigor Mortis reaches its conclusion, Mak offers audience an alternate version of events which, to tell you the truth, sends you into overload. It only serves to further confuse the audience who may have only just managed to figure out the film’s principal turmoil. Nevertheless, the film pulls itself somewhat back together with its accomplished effects and multifaceted storyline