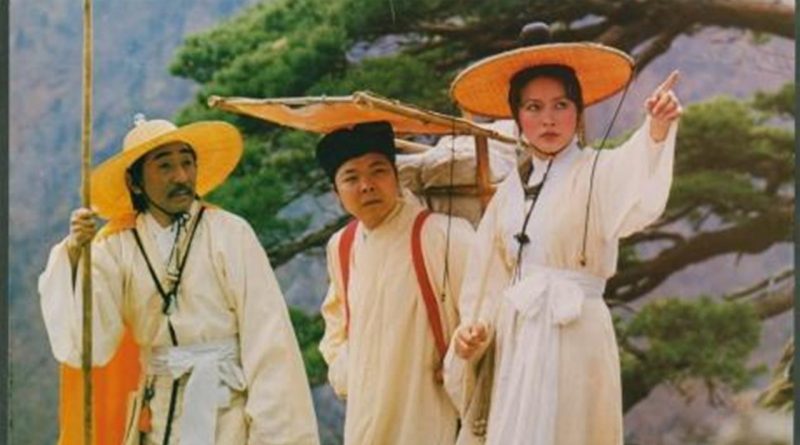 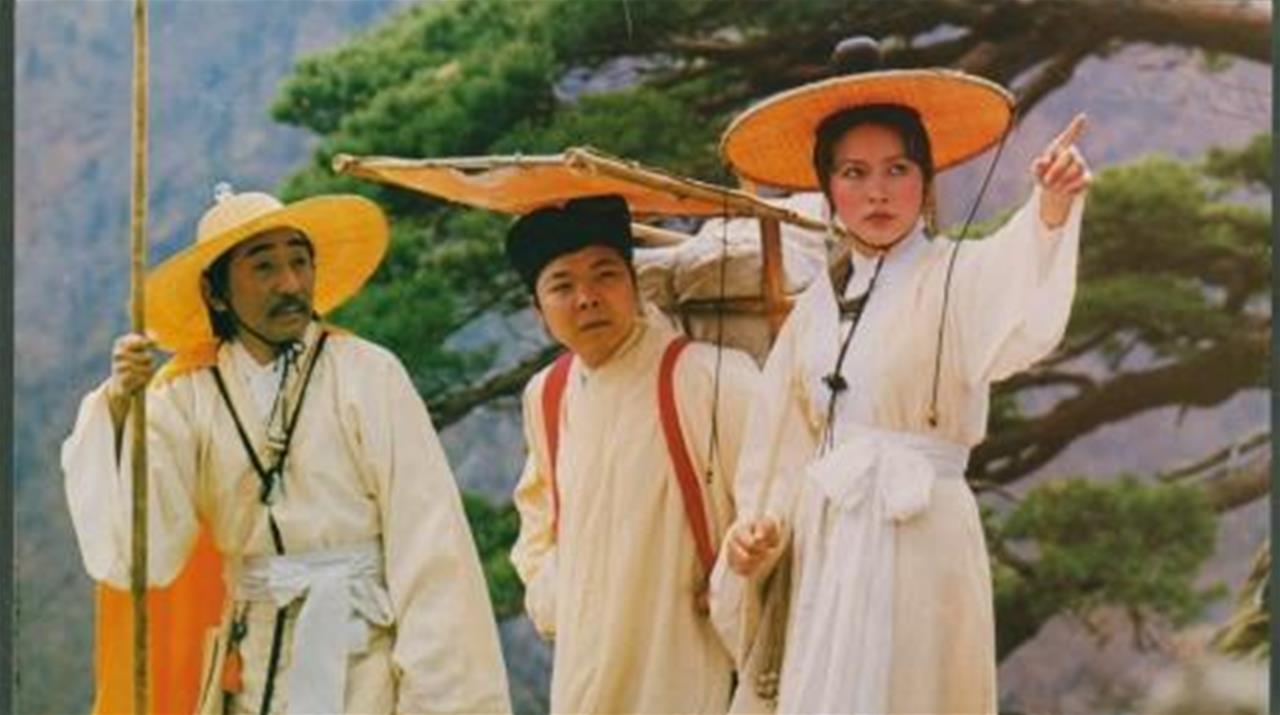 The abbot of a famous Buddhist monastery is retiring. He invites several people to witness his choosing of a successor: the governor, an important local merchant and a lay Buddhist master.

The lay master brings a cohort of beautiful young women with him (proof that he is beyond the temptations of the flesh! Hmm.). The governor brings his violent henchman. The merchant brings two thieves. The governor and the merchant want to lay their hands on a rare Buddhist scripture held in the monastery’s library.

To add to the mix, a common criminal turns up. He has had his sentence commuted on the understanding that he becomes a monk.

As in Hu’s Legend of the Mountain (shot back to back with this movie), there’s a lot of walking, running, zigzagging around corners going on here. Large chunks of the film time are taken up with the characters moving about the monastery precinct in a fast but stealthy manner.

Imagine austere-phase Miklós Jancsó making a martial arts film and you get some idea of how strange this film is.

Hu films all this movement in striking, long tracking shots. The complex interiors of the monastery provide a spatial editing of their own to the movements of these characters.

Hu is also a master of editing. His edits flow. He uses them to mark the move from one motion to another, as when one seemingly infinite perspective in the ancient place gives way to another, as a character turns a corner.

Raining in the Mountain definitely strains the wuxia form. There’s only a couple of rather half-arsed fights and the story is overpowered by the film’s style.

Except that the real story of the film is the relay of human activity to the transcendental, spiritual realm. It is that ‘story’ that the film style refers to.

Because all that the hurrying about and political intriguing achieves is to point to the irrelevance of human activity from the enlightened Buddhist perspective. One clue to this is that despite all the many shots of the monastery, you get no clear sense of its layout.

It may not be as much pure fun as Hu’s other films, but Raining in the Mountain is stunning to behold.

Raining in the Mountain is out in a dual format edition on 24 February 2020. 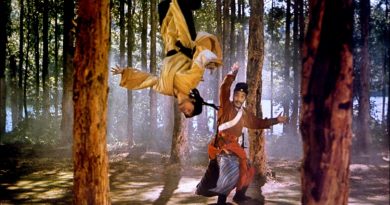