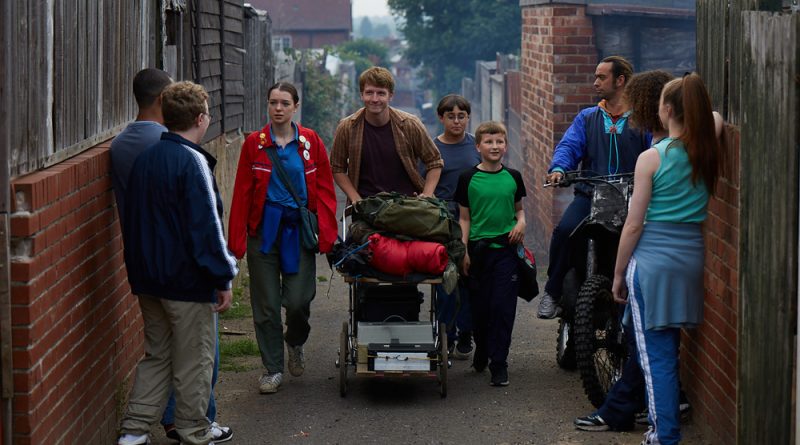 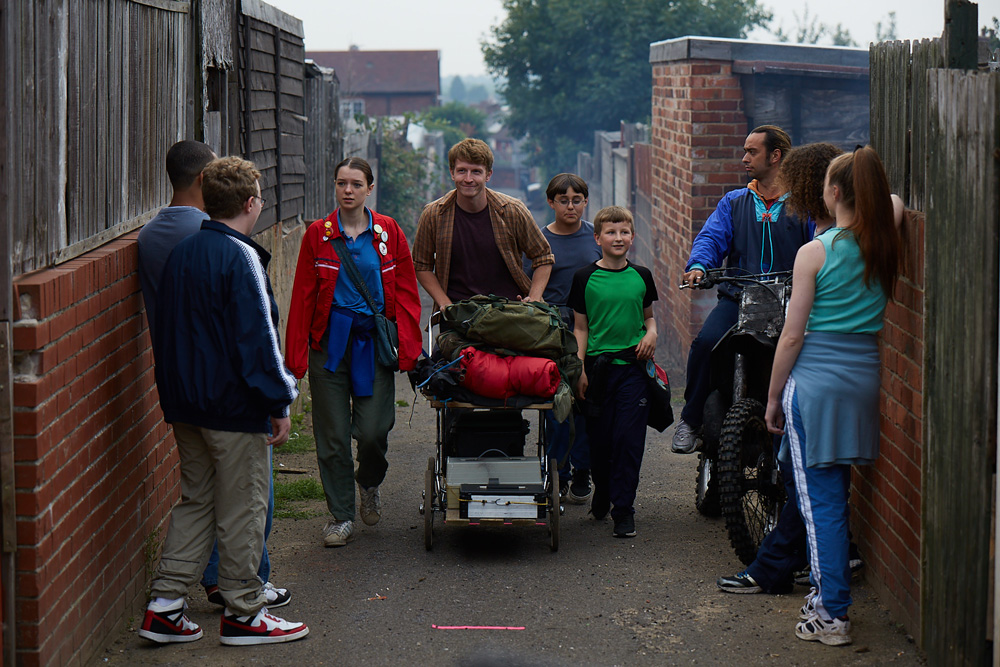 Writer Richard Cameron’s story first saw the light of day as a play at London’s Bush Theatre over twenty years ago.  It’s the story of a group of young people living in a small Yorkshire village, a former mining community, and it is set in the summer of 1994.  Which makes it a period piece now, recreating a world where we made compilation cassette tapes of our favourite songs and actually had to talk to each other, rather than texting on a mobile phone.

Trevor (Tom Varey) the oldest of the group, sits patiently by the nearby pond with his fishing rod, hoping to nab Nessie, the giant carp, which rumour hath it has made its home there.  He is very protective towards Pogo (Esme Creed-Miles), a troubled girl, who goes round the village obsessively recording sounds on her cassette recorder and living in what seems like a world of her own.  Cassie (Daisy Edgar-Jones) and Maurice (Abraham Lewis) are in the throes of teenage passion and snogging whenever they get the chance.   Gauche Maurice (Angus Imrie) is also in love with Cassie but doesn’t stand a chance, while younger best mates Shane (Gianlucca Galluci) and Dave (Ethan Wilkie) get up to any mischief they can, including spying on the courting couple.  They all come together in what we might call the night of “the hunting of the carp”, while along the way we discover the shocking reason why Pogo is the way she is.

As the young people enjoy their youth and struggle with the confusions of childhood, adolescence and even young adulthood itself, trying to make sense of the world into which they are growing up, context and texture is given to their lives by the adults around them, as they go about their work and relax in the well evoked atmosphere of the local miners’ club, still the village’s social centre even though the mines have now gone.

The only problem with the film is with so many characters it is sometimes difficult to work out who is related to whom.   But otherwise Cameron has adapted his story effectively to the screen and it is sympathetically directed by Bill Buckhurst.  The result is a charming albeit slight tale, which is wistful and evocative both of the period and the bitter sweet confusion of growing up itself.