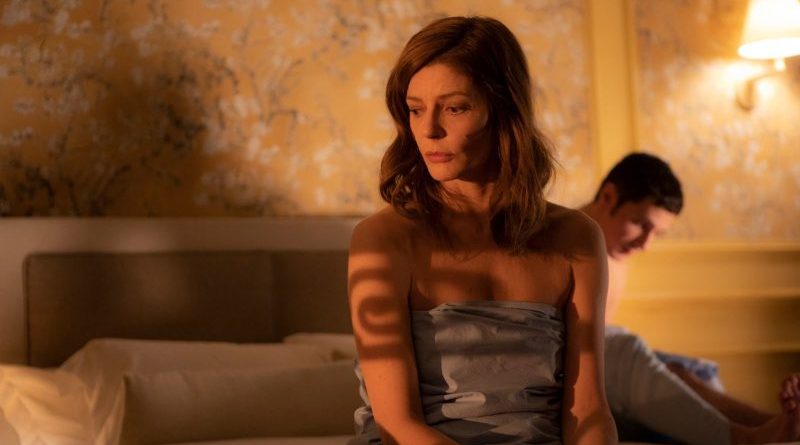 Maria (Chiara Mastrianni) has had many lovers that her husband doesn’t know about.

When Richard (Benjamin Biolay) accidentally discovers that his wife had been having an affair with one of her students, he is, quite rightly, dismayed and very upset, As she lets slip that, actually, she has had a number of lovers during their 20 year marriage, he locks himself in a room.

Maria decides to leave the marital home and work out what she wants from her marriage and whether, indeed, she wishes to continue to live with her husband. She settles into a hotel immediately opposite her apartment where she can see into her home.

Over one night, Maria observes her distraught husband. She is visited by her husband when young (Richard, aged 20 is played by Vincent Lacoste), by past lovers and by her mother and grandmother. Also coming into her hotel room is Irene (Camille Cottin as Irene when young and Carole Bouquet Irene at 60), Richard’s first love, with whom he was closely involved. She was a much older woman who he got to know intimately when she became his piano teacher from childhood. She now appears and insists it is her time to be with Richard.

The action slips from reality to fantasy as we observe the comings and goings of these figures from Maria’s past. It is all set in a very Parisien setting and director Christophe Honore gives us a sophisticated French comedy. Maria is a lecturer in law and the couple are obviously well-heeled.

There is much talk about love, about ageing and, of course, about marriage. An interesting cast sees Chiara Mastroianni (the daughter of Marcello Mastroianni and Catherine Deneuve) as Maria and, very strangely, her real-life ex-husband, Benjamin Biolay as the contemporary Richard. Chiara and Benjamin have a lovely chemistry together and the rest of the cast are all on form in this very French movie.

A comedy? Well, sort of. It is interesting with an unusual theme, but it is not very funny!

Citizens of the World is Available on Curzon Home Cinema from 19 June. 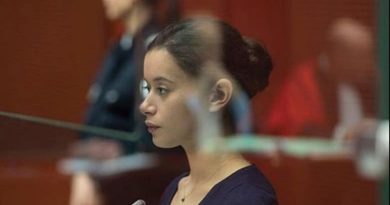 The Girl with a Bracelet (15) Close-Up Film Review