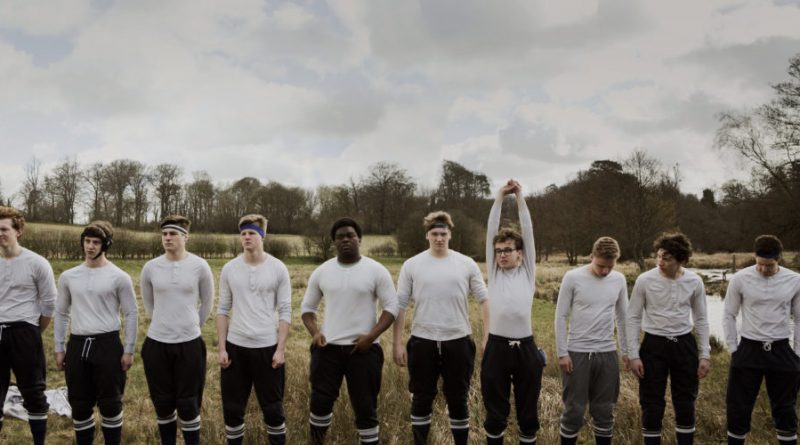 Old Boys is loosely based on the Edmond Rostand classic play Cyrano de Bergerac about the ugly guy with the big nose, who woos the woman he loves on behalf of his better looking friend.

Alex Lawther plays Amberson, a student at a public school called Calderhouse, where the main pastime seems to be Streamers, a bizarre and brutal version of rugby, in which the players are up to their waists in a river.  Makes the Eton wall game look like a vicarage tea party.   Amberson isn’t exactly ugly like Cyrano though.  He’s just made to look a bit cliché geeky by wearing specs and using an asthma inhaler.  Unlike Cyrano the choleric warrior however, Amberson is bullied.

When a new French teacher arrives at the school, Amberson falls for his teenage daughter Agnes (Pauline Etienne).  But she fancies Winchester aka Winch (Jonah Hauer-King) the handsome but dumb school hero, who is a dab hand at Streamers.  And when the artistically creative Agnes sends Winch a witty video as her opening salvo in capturing his affection, Winch, who isn’t that interested in romance, for some rather baffling reason, maybe to save face, enlists the help of Amberson, who seems to have some skill with video technology, to reply in kind.

As a narrative device the Cyrano parallel gives a certain charming and original twist to the teenagers in love cliché but the film also a bit of a muddle.  There is the period where it is set for example.  From the old fashioned telephones we see, the video equipment and a sign outside a pub advertising that new fangled karaoke it appears to be perhaps in the eighties. But why?  There is no particular reason why it shouldn’t be set in the present and the overall look and social mores of the film have no special eighties feel about them.  Its depiction of public school as being populated by over privileged, ignorant oiks is a bit of a blunt, class envy cliché for all seasons, yet even when half way through the film we discover that Amberson is at the school on a scholarship, there is no suggestion that this is the reason for him being bullied.  It is not like he is working class, gay, black or anything else to make him an obvious target.  He is just a bit brighter than the rest of them and no good at playing Streamers!

What does make the film worth watching however are the three young leading actors, although Etienne doesn’t get that much opportunity to develop her character.  The emphasis is more on the unlikely bromance, which develops between the boys.   Lawther puts some engaging flesh onto the bones of the rather done to death idea of the nerdy but bright young hero.  A lot of the film however is snaffled from under his (normal sized) nose by Hauer-King, who is not only handsome in a rather young Dave Allen way with an engaging smile showing slightly crooked teeth, but very funny as the gorgeous but thick as a brick Winch Nice but Dim.  Maybe that Harry Enfield character is the eighties connection? 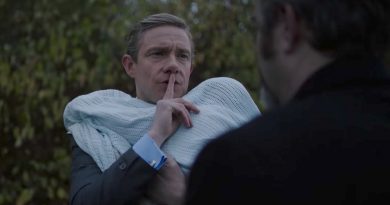