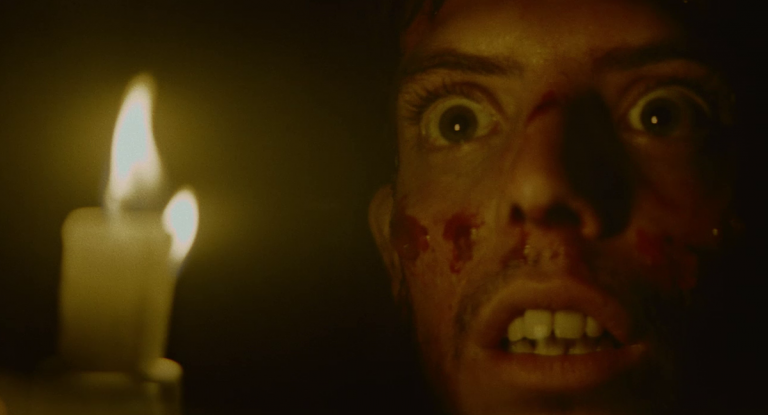 Nerdy young Nico (Bódalo) meets cougar Medea (Martín) at a New Year party. She invites him back to her flat, which is bedecked with pagan Persian items. Medea obviously wants something more than just drunken sex from Nico. But just as they are getting down to that, Medea’s boyfriend knocks on the door.

The focus here is all wrong; and it’s tempting to see it as driven by an utter rejection of the value of female experience. Medea is the more interesting character – it’s her intentions that are driving the narrative after all – but time after time the camera focuses on Nico’s goggle-eyed, snaggle-toothed face.

The woman is pushed out of the picture and it is Nico’s responses that fill the screen and the screen time. In the interminable third act, Nico’s screams push this sidelining to the limit: his hysterical fantasy tokophobia takes centre stage, thereby displacing one of the essential female experiences.

Night of the Virgin is overlong, overwrought and over-hysterical.

The story is slow to develop beyond its initial premise and when it does it just develops in really obvious ways.

It’s gory but in the wrong way and pretty misogynist. What a waste!

Night of the Virgin is out now on DVD.