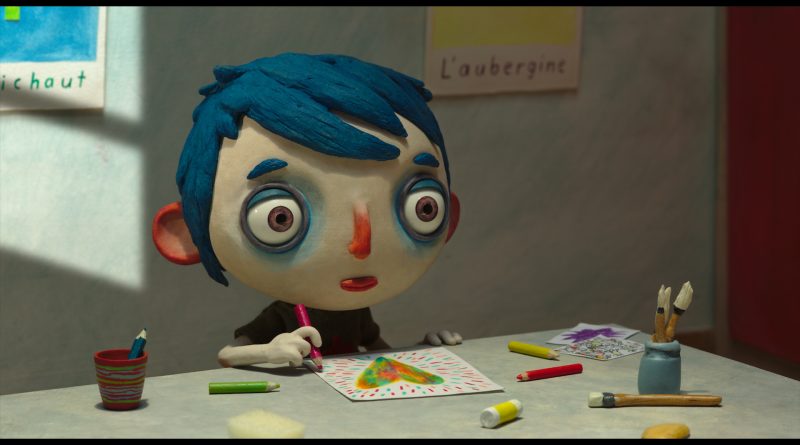 The film takes a largely optimistic look at the French social service system, in particular in the case of this blue-haired, sad-eyed little boy. Courgette ends up at a children’s home after a hard life with his mother whereupon he settles in and finds new hope with a set of similarly troubled pre-teens. A policeman, who has taken a special interest in his case becomes quite attached and visits him, while Courgette sends him pictures to explain his new life.

It could be criticised for being too sunny in outlook and lacking the social injustice that Sciamma is better known for. However, there are a number of ways this film rises above those realities. Firstly, it is a short animation, aimed at and concise enough for, children to follow. There is only a certain level of darkness it can delve towards. Even then, the back-stories to the children at the home filter through as mini-tragedies and combined with Courgette’s opening sequence there’s not always a hopeful tone. Secondly, why can’t happy stories of state institutions be told? It’s sad to reflect the film may not feel ‘real’ enough because it isn’t littered with abusive or incompetent staff and constantly suffering children.

With a gorgeous colour-palette the puppets which are used for the story are full of interesting textures and quirks. The fuzzy felt of the hair feels like you could reach out and touch it while the beaded-eyes shine with a hyperreal quality and so carry much of the emotion. The car and the van used are adorably cardboard-looking and thin.

The many ‘mismatched’ families forged in the film serve their own modern commentary of what family can be and are what this is all about. Some people are left behind, but that just goes to show that some painful realities are left in. Children and adults can learn from it alike. The use of silence to speak or explore hard truths is also a strong theme throughout in this touching, tactile, loving slice of cinema. 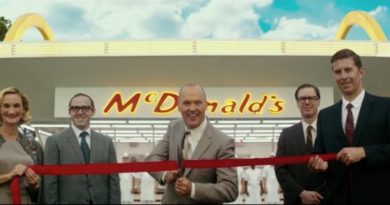