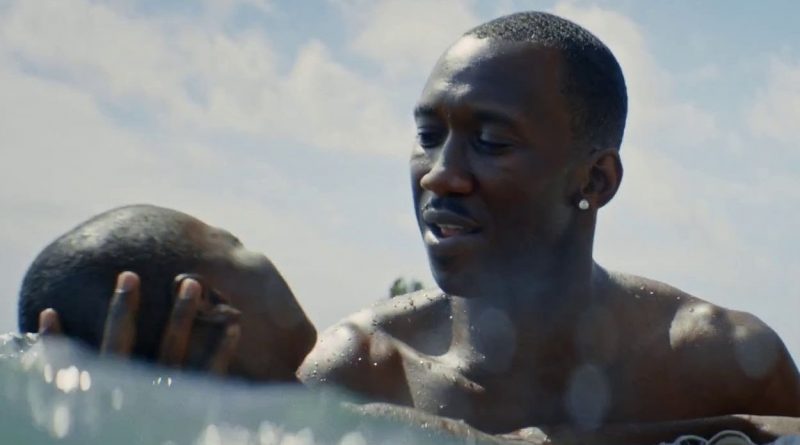 Picked out as one to watch by Carlie Newman in her round-up of the LFF earlier in the year, Moonlight has indeed been festooned with praise on the way to eight nominations at the Oscars, and if La La Land had been set in anywhere but the apex of movies, might well have had a chance at coming home with a good armful of golden statues.

Moonlight looks at three stages in the life of 1980s Miami kid Chiron, who we meet as a tiny young lad nicknamed Little. He’s being chased and taunted by bullies, and only finds relief when he manages to barricade himself in a house in his rundown neighborhood.

Instantly we feel for Chiron – played at this age by Alex Hibbert. He’s a kid who barely speaks, barely raises his head from looking at the ground. And why should he? He doesn’t fit in at school, his mother Paula (Naomie Harris) is a drug addict with no time for him, and he seems to only have one friend Kevin (played by Jaden Piner). What’s his story going to be?

Appearing heroically – literally rescuing Chiron from his glass-strewn hideout – is Juan (Mahershala Ali), the local drug dealer, who takes pity on the kid and takes him home for a meal. Chiron sits in silence as Juan and his girlfriend Teresa (Janelle Monae) make small talk, and this tiny taste of normality develops into a tentative father-son relationship.

But of course it’s Juan that Paula gets her drugs from, something that makes Chiron turn on his heels despite Juan’s efforts to make her straighten up, and as we move into the second stage of the story (teenage years), we see that while Chiron still sees Teresa, Juan is gone: presumably a victim of such a dangerous life.

As a teenager (played by Ashton Saunders), Chiron is still shy and rather lonely – but he does still have his one friend, Kevin (now played by Jharell Jarome) – though now they’re both negotiating the hell of high school and the pressures to be macho and go with girls. One night though, the pair gets high and share an unguarded moment – and Chiron finally feels he might know where he is in life.

The moment is stolen away from him though, and, feeling betrayed again by someone close to him – his still-addicted mother now takes money from his pockets too – Chiron lashes out.

It’s not a surprise when in the third segment we see that Chiron is now a drug dealer in Georgia. He and his mother left Miami, but Chiron’s a next-generation Juan, with all the technology and all the bling – but still not happy underneath it all.

Calling himself “Black” (and played by Trevante Rhodes), he’s still yoked by his mother – now in rehab and finally apologetic, something Black finds hard to take – and then one night Kevin (played now by Andre Holland) calls out of the blue to catch up on the lost years…

Based on a play by Tarell Alvin McCraney and adapted to the big screen by director Jenkins, this engaging story immediately pushes aside any knee-jerk clichés (African-American drug dealer, an addict mom and so on), as the truth is this could have taken place in any town in any place at any time.

This is a narrative based around the feelings and emotions of a character – full stop – and it doesn’t head for easy answers at any time, utilizing years instead of just an easy few days or a weekend to wrap everything up in a bow.

Additionally, excellent performances by the whole cast – despite Harris and Ali being so highly praised – make this a real stand out, and hopefully a small shot being fired in what seems set to be the war between years (even decades) of superheroes and space epics versus earthbound computer-free human dramas. 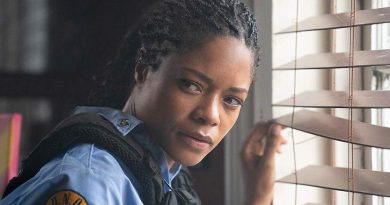