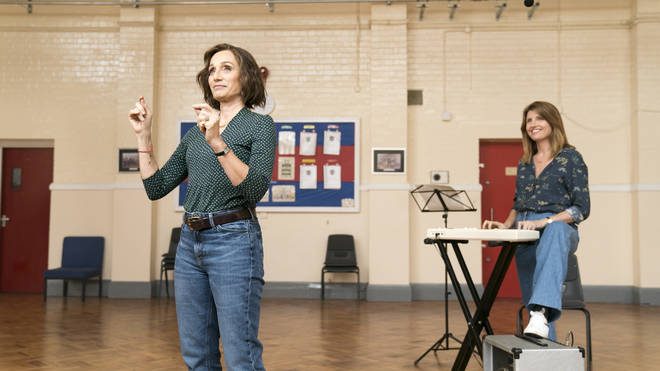 Directed by Peter Cattaneo of The Full Monty fame this is very much a feel-good movie.   Another of those films based on real events, this time it’s the story of the first ever choir created by military wives – women whose men in this instance are away fighting in Afghanistan.

At the centre of the film are two very different women – the colonel’s wife Kate (Kristen Scott Thomas) and Lisa (Sharon Horgan), whose husband’s recent promotion to Sergeant puts the onus on her to organise activities for the wives.  But Kate, who is still mourning the death of her only child in action, decides she wants to get involved as well, creating one of those unlikely relationships between chalk and cheese characters, which are so beloved of the movies – a female “bromance” – should we call it a “womance”?

The two women decide to create a choir.  But the down to earth Lisa, who wants it to be informal fun and the posh and conventional Kate, who wants to run the choir in a more classical manner, immediately clash.  It is the start of a bumpy friendship which has moments of coming together and resolution and other scenes of explosion which continue in a somewhat artificial way right through till the end.   The choir itself however goes from strength to strength winning the ultimate accolade of being invited to take part in the Festival of Remembrance at the Albert Hall.

The story is certainly heartwarming but very predictable in its development, as indeed is that central womance in the way it unfolds, despite very engaging performances from both its leading actresses. It is though refreshing to have a film which is entirely centred around women.  The only men who get a look in are Greg Wise as Kate’s high ranking husband and Jason Flemyng as the officer in charge of the home front.

It would have been good to have got a bit more detail on the stories of the “other ranks” wives.  One who does get a chance to shine is Gaby French as Jess, the young mum with the best singing voice and Amy James Kelly, who provides some of the film’s more poignant moments as a young bride separated almost immediately after marriage from her husband.  It would have been interesting and a bit progressive however to have learned more about the story of the wife whom we see near the beginning of the film seeing her female partner going off to war.

The pain and fear of those separations and the spirit and courage of the women who keep soldiering on on the home front is the underlying theme of the film.   That and the authentic social detail of the way the wives’ roles are expected to reflect the rank and responsibilities of their husbands, all of which ring true.

And as far as the true life aspect of the film is concerned, the creation of that first military wives choir, which was formed at the base in Catterick, where much of the film was shot, has now developed into a movement involving seventy five such choirs across the UK and overseas. 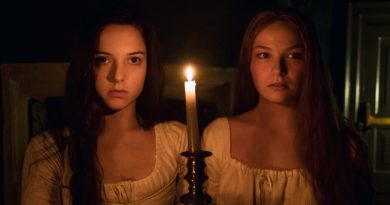 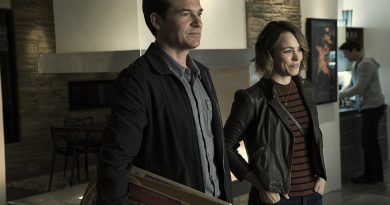