A new type of sci-fi teen film shoots to the screen with the sequel to the Maze Runner, The Scorch Trials. Thomas (Dylan O’Brien) finds himself back in a maze of mystery, desperately trying to solve its puzzle with the help of his die hard friends the gladers. All grown up they exert their authority to find the truth behind WCKD, which leads them into the scorch. The journey sees the gladers form an alliance with the resistance fighters which sees an epic battle against WCKD. They’re faced against the sly cheshire cat villain Janson, played by Aidan Gillen who brings the mystery and the mischief as the baddie, giving a great dynamic to the two leads. It is surprisingly funny with a good twist in the plot and it keeps you guessing, a true action-packed sequel.

The plot without giving anything away is decisive and smart. A real riddle of a story. Don’t try and guess the conclusion, allow the story to take you on a journey. It is fun for all ages, despite its PC nod to a cull of swear words or nudity, but just so you know “shit” passes the board of standards. The oddities or nuances unique to this film are within the story itself, original and well known themes amalgamated together to make an entertaining movie. O’Brien delivers to the full degree, in a more mature role, standing tall as a man he shakes off adolescence and exerts his dominance, as the leader and as a friend. Scodelario playing Teresa was a pleasure to watch, a shaky American accent at times but as an accomplished actress she performed impeccably.

Standout performance was definitely Minho (Ki Hong Lee), who seemed to almost steal the limelight, momentarily having you think Thomas who? Gillen’s sly silver fox persona is an excellent portrayal of everything he should be. His wardrobe was also selected with perfection, humility in cashmere jumpers with roll necks against the fierce military homage in buttoned ¾ length leather and wool coats. His tailoring is a stark contrast to the twill t-shirts and cargo pants of the gladers.

The director Wes Ball, known for The Maze Runner (2014) and romcom Beginners (2010) adapted the sequel from the novel, but also made a movie with as much action, adventure and thrills as you could possibly pack into 131 minutes, but perhaps too long for a 12A. In a clear attempt to outdo his previous work an additional 20 minutes could have been cut in the editing suite post production to make it punchier, with less faux black screen endings. Motifs of sound were used habitually to enhance the characters’ desolate predicament. The echoing sounds of crows and rats which feed on the dead, emphasised their destitute predicaments. The script has more clichés than expected, with an “I’m not gonna make it” thrown in, it could have given the audience a bit more integrity. Also thrown in: “you won’t get away with this” and you have yourself a script. The destroyed landscape of a once fortified city was good use of cgi and again emphasized their tragic circumstance.

Out on general release Thursday 10th September, this is a blockbuster with a big following. A sequel with an action adventure kick. If you are new to the story you can jump right in, as goodies and baddies are easy to identify with names like WCKD (pronounced wicked) you are handheld through the catch-up stage. Luckily it delivers as well. Great cast. Worthy story. The next instalment Maze Runner: The Death Cure is due 2017. Can’t wait. 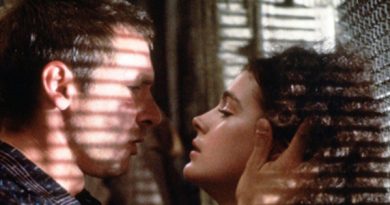 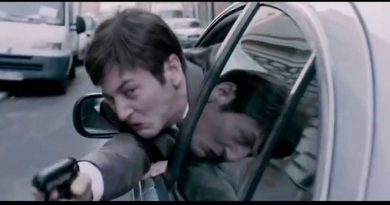