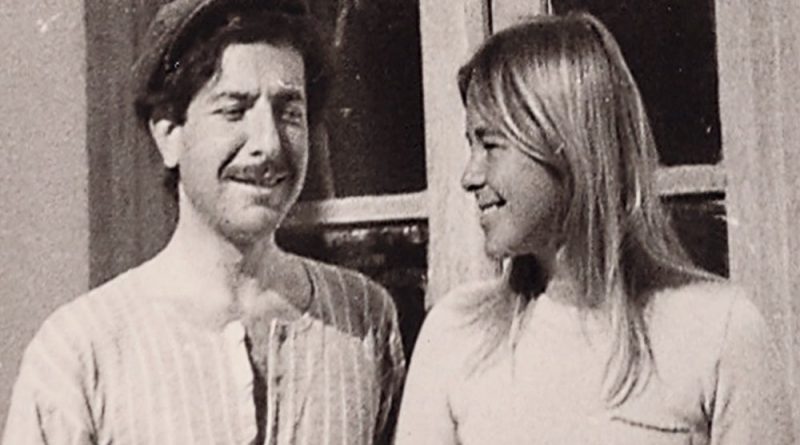 Dir. Nick Broomfield, US, 2019, 102 mins, in English and Norwegian with subtitles where needed

Nick Broomfield’s documentaries are always illuminating and this one, dealing as it does with the relationship between Leonard Cohen and Marianne Ihlen, the woman who could be described as his first muse, is no exception.

In this case Broomfield has a very personal insight into one of his subjects, in that he had a fling himself with Marianne when he was a young man, they became good friends and she was his muse too in that she encouraged him into his film making career.

Inevitably because of his fame there is more archive footage of Leonard, though we hear recordings of Marianne’s voice speaking in her native Norwegian remembering her life with him and also see her in photographs.  She does though come over as a somewhat passive figure, who spent her entire life supporting the men in it.  Typical artist’s muse stuff really.  The story is also enlightened with interviews Broomfield has conducted with people, who knew them both.

The couple’s relationship began in 1960 on the Greek island of Hydra, where Marianne was living, raising her son alone after the collapse of her marriage. They were both part of colony of bohemian artist types at a time, when the idea of “free love” was getting underway.  For a while they enjoyed what Marianne describes as an idyllic love affair.  Leonard, primarily at that stage a poet but also a sometime musician then returned to America to further his career, where he was persuaded by singer Julie Felix to perform one of his songs and the rest, as far as his career was concerned is, as they say, history.

Over the years the couple gradually spent less and less time together – at one point Leonard tells her cruelly that she ruined his life and at another jokes to his audience about how each year he spends less time with “So Long” Marianne.  Being what we might tend to see as a bit of a cad, he moved from one woman to another, often overlapping the relationships with long absences, writing a song or two about them and moving on.   “Free love” in the context of history tended to work for the man rather than the woman.

On which subject one interviewee who stands out is Aviva Layton, the widow of poet Irving Layton, who was Cohen’s literary mentor and whose outspoken and trenchant comments and tales remind one of Germaine Greer.  Another is producer-guitarist Ron Cornelius, who worked with Cohen.  It is also fascinating to see how icons of that period look today.  Judy Collins in a startling blonde wig and Julie Felix, who now looks like a gentle, native American wise woman of the tribe.

Leonard and Marianne did however keep in touch over the years.  Later she returned to Norway, married again and had other children.  The film though implies that her first son Axel’s mental health problems were at least partly down to his erratic upbringing.

In the nineties Leonard withdrew from the world to spend five years in a Buddhist monastery, only to discover on emerging that his manager had stolen all his money.  As a result, the now elderly singer embarked on a world tour in 2008 to earn some cash and one of the most moving moments of the film is the sight of the now also elderly Marianne sitting in the front row of Cohen’s concert in Oslo.

The story of Marianne and Leonard ends in 2016, when Marianne on her death bed receives a poetic farewell letter from her former lover.  Three months later Leonard himself died.

For older audiences the film may well provide a nostalgic reminder of times past.  And while not perhaps the greatest love story ever told it is a poignant one as well as an interesting piece of social history documenting a period now past but not forgotten.