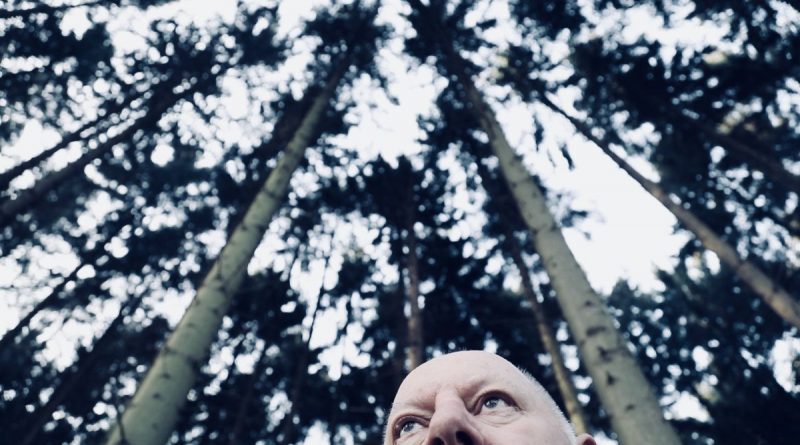 At the beginning of 2011 Malcolm Brabant was a successful freelance journalist living in Greece where he and his wife Trine had moved after their son was born 12 years earlier and from where Malcolm, a veteran reporter of the Bosnian conflict for BBC TV, was filing news reports and also making documentaries for UNICEF.

Then in the spring of that year in preparation for an assignment in Africa, Malcolm received a yellow fever vaccination.  And that was when his descent into hell began. This documentary shot by Malcolm and Trine tells the story of that traumatic journey.

Eighteen hours after the vaccination, Malcolm developed an abnormally high fever.  After that his mental state began to deteriorate, as he was subject to terrifying hallucinations.  His alarmed wife Trine, also a journalist, started to document his condition in a video diary, initially so there would be an accurate record of his condition. This footage, along with specially shot interviews with friends, colleagues and medics plus Malcolm’s and Trine’s narration to camera, forms the basis of the film, which they have put together over a period of seven years.

Initially Malcolm was raving under the delusion that he was the next Messiah, being guided by guardian angels – fellow journalists, with whom he had covered the siege of Sarajevo, and who had died tragic deaths.  Later his psychosis changed sides, as he believed he was both the Devil and a reluctant suicide bomber.  The journalist inside him also recorded himself under what he saw as his duty to ensure news of the second coming was seen on television.  He also attempted suicide in the belief that this was the only way to protect his family.

Over the fifteen months of his nightmare for much of the time Malcom was incarcerated in mental hospitals – “like being in prison”, he describes it – first in Greece, then in Trine’s homeland of Denmark, where the family were now living in poverty and later in the UK.

It was in Denmark that the family received confirmation from Malcolm’s doctors that his psychosis had been caused by the vaccine, something that the pharmaceutical company which makes it, Sanofi Pasteur, still deny.

The film is not an easy watch.  It is moving and much of it, particularly the first hand footage of Malcom’s mania, is deeply disturbing.  Most poignant of all is Trine, a woman who, as she describes it, saw her husband “disappearing before my eyes” but still continued to support and to fight for him.

The story is also inspiring in terms of a man’s determination to win back his sanity and his life.  In July 2012 Malcolm left hospital for the last time, “rattling with pills” as Trine puts it – the heavy doses of tranquillisers which kept his condition under control.  Some six months later Malcolm took the last of those pills.   The following year he was back at work rebuilding his career, first with the BBC, then working as Europe correspondent for the PBS Newshour, America’s equivalent of “Newsnight” – work for which he was then awarded America’s top journalism prize.

It is partly this accolade which has prompted Malcolm to release the film, as his professional reputation has now been restored and as a journalist he felt this story should be told.  But there is another, more important reason.

Despite the expert opinion of the leading Danish psychiatrist who treated Malcolm and the fact that the World Health Organisation has changed its guidelines on the yellow fever vaccine, advising a smaller dose, Sanofi Pasteur still deny any responsibility.  Their refusal to engage with the possible implications of this case is also of concern to the London School of Tropical Medicine at a time when yellow fever is rife in Africa and Brazil.

Malcolm shares that concern.  As he points out towards the end of the film, he was able to fight his way back to health with the help of the best health service in the world.   But what about the third world, where people are being treated with the same vaccine?   How many of those have suffered like he has and who will help them?

Now available to buy or rent from iTunes, Amazon, Google Play and Vimeo